It seems that Oppo is getting ready to unveil two new mid-range models in the coming weeks (March 23) and Oppo F3 Plus is one of them. The specs of the upcoming dual camera model leaked recently and as you can see from the image below, they seem impressive – given the fact that they belong to the mid-range tier. 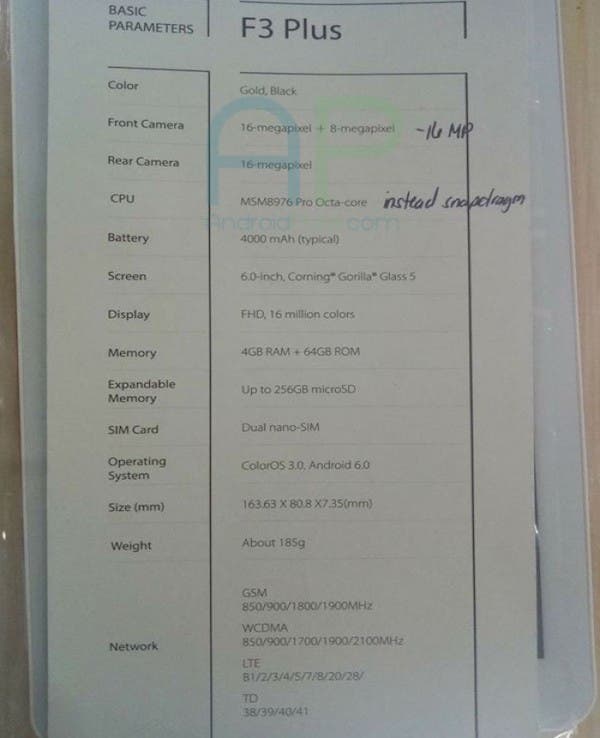 According to the official teaser from Oppo, the F3 Plus is expected to have a dual selfie setup, featuring a 16MP sensor and an 8MP one. The upcoming model will be powered by a Snapdragon 653 SoC (Qualcomm MSM8976 Pro) along with 4GB of RAM and 64GB of expandable storage via microSD. The device packs a 4000 mAh battery and its quite slim at 163.63 x 80.8 x 7.35 mm body, weighing in at 185 grams.

We will see it officially along with its smaller sibling (Oppo F3) on March 23!