Besides the fact, that Redmi devices are known as those budget-friendly, Xiaomi sometimes surprises us with the devices presented there. This time, company want to shows, that budget device can also have nice specification and presents special version of Xiaomi Redmi Note 4, which will be called “Exclusive Version”.

New version will feature more RAM and internal memory. Xiaomi Redmi Note 4 Exclusive is teased as a device with 4GB of RAM memory and 64GB of internal memory. It is quite a lot for Redmi model. I must remind you, that this is the first model (apart of Redmi Pro), that feature such amount of RAM. What is more, this is the same amount as we can find in Mi flaghsip devices. 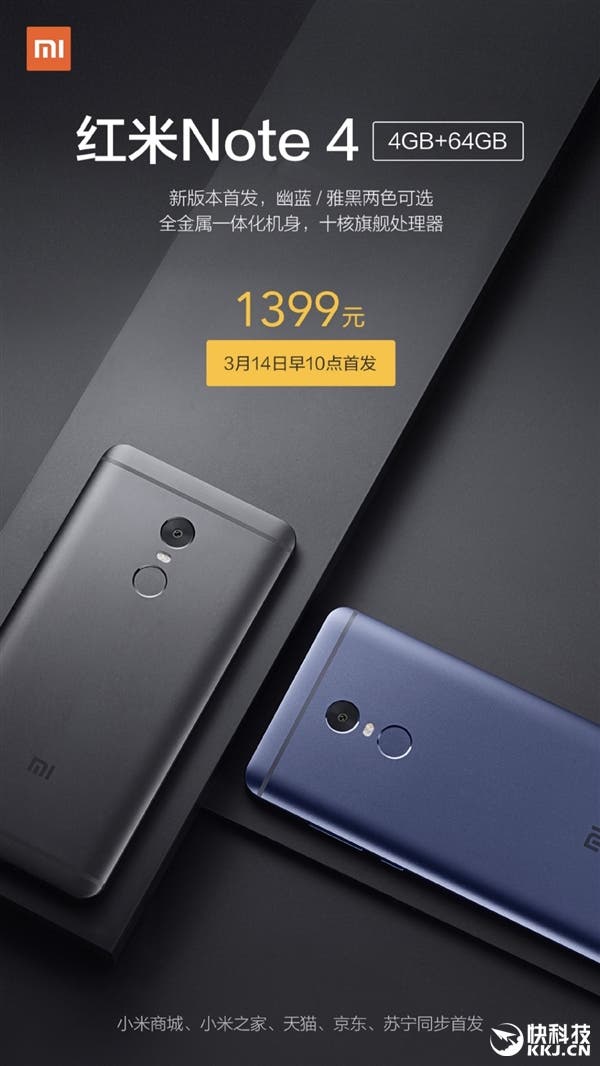 The rest of the specification won’t change. Xiaomi Redmi Note 4 Exclusive Version will still feature 5.5-inch, FullHD (1080p) display. It has Helio X20 deca core processor at 2.1 GHz, 5MP front camera and 13MP main one. It is powered by battery with capacity of 4100 mAh and supports DualSIM.

New version of the device will be released on 14th March at 10:00 for price of 1399 yuan (~$200 in China) on Xiaomi official webiste, JD, Xiaomi Mall and Lynx. There will be only two colors availabe – faint blue and bright black.

As for now there are no information about international version of the device, but I am sure, that resellers will have this device within a few weeks.