In the coming months Xiaomi will launch a new flagship handset, and as is the norm we’ve been getting a few leaks coming through the usual channels.

Today it’s a screenshot from the Xiaomi Mi6 discovered over on Chinese social media site Weibo. The screenshot comes from the ‘About the phone’ page in MIUI and details a few of the specifications of the upcoming handset. 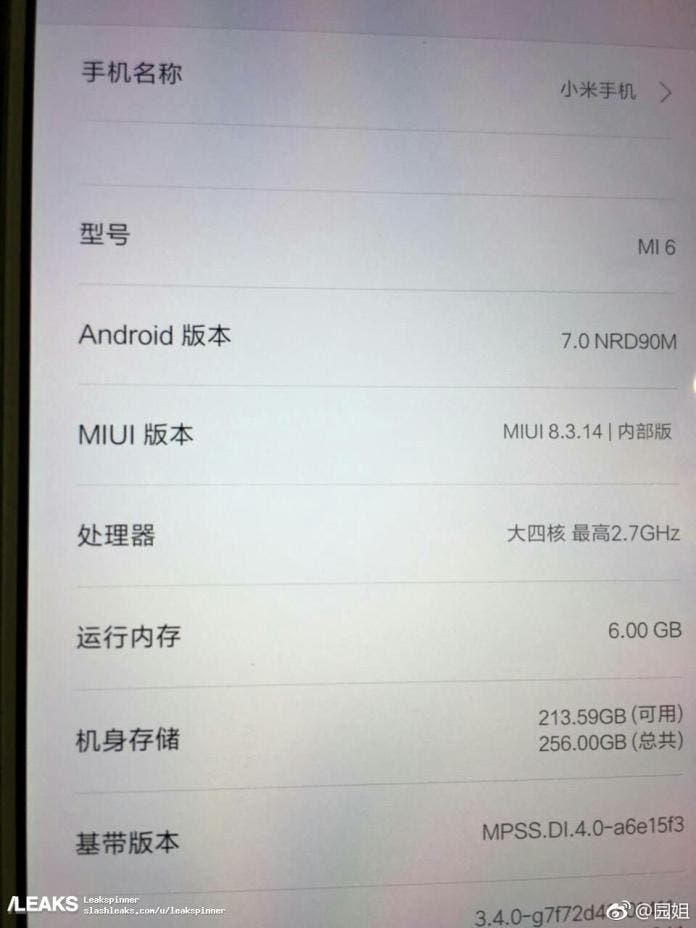 The details show us that this is most likely the flagship version of the Xiaomi Mi6 as it comes with 6GB RAM and a full 256GB internal memory. The leak also confirms Android 7.0 and mentions a 2.7Ghz octacore chipset.

Which chipset the phone will come with still remains a mystery though however rumours have suggested that Xiaomi might not use the Snapdragon 835 and instead could go for the current Snapdragon 821 processor instead. It seems highly unlikely a Helio X30 SoC will be used however.

In addition to the Qualcomm powered version of the Xiaomi Mi6 it has been suggested that Xiaomi might also launch a version of the phone with the a self developed chipset, but that isn’t likely to happen until late 2017.