After several months of “silence”, rumors regarding the fate of the upcoming Xiaomi Mi Pad 3 tablet  have risen again and this time they look more interesting than ever.

An unknown Chinese source insists that the Chinese company plans to unveil two variants of the most awaited tablet: a Mi Pad 3 and a Mi Pad 3 Pro model with really impressive features. The Mi Pad 3 will retain the original 7.9-inch display size like its predecessors (with an unknown -so far- resolution)and it will be equipped with 4GB RAM and 64/128GB of storage options. It is expected to run on Android 7.0 Nougat and will be priced at ¥1299 ($188) and ¥1599 ($231) respectively. 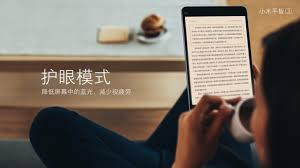 But -wait- there’s more: there will be a second variant of the device called Mi Pad 3 Pro, equipped with a 9,7 inch display with an unknown yet resolution but similar storage/RAM option as its younger model. It will be powered by an Intel Atom x7-Z8750 SoC and will be equipped with Windows 10 with a price tag that will begin from ¥1699 ($246).

That’s all the info we have so far on these two upcoming models so all we have to do for now, is to wait for their official launch scheduled to take place during the same day of the Xiaomi Mi 6 unveiling, sometime in May.