This really wasn’t what we expected today, but Nubia launched the new N2 smartphone earlier.

Building on the N Series of phones is the all new Nubia N2 smartphone, its defining feature being that the battery will last 2 days on a single charge! 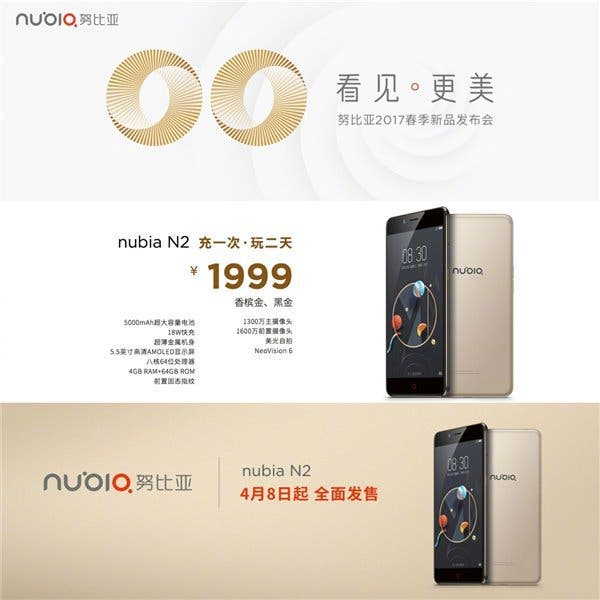 The trick here is a 5000mAh battery that only has to power a lower end processor and low-resolution display. That’s a rather large battery even by today’s standards yet Nubia has managed to keep the Nubia N2 thickness down to only 7.9mm! And yes there is a fast charging feature too.

Nubia really has done everything in their power to keep the the power requirements down on the Nubia N2 including the specification of a Mediatek MT6750 chipset, and a 5.5-inch 720 x 1280 display. Nubia hasn’t been all that stingy on the spec side and has opted to give the Nubia N2 4GB RAM and 64GB internal memory.

As usual Nubia have given their phone some rather nice camera features. For selfies there’s a 13 megapixel front camera, while the rear is a 16 megapixel snapper which gets Nubia’s Neovision 6 software built into the camera application. 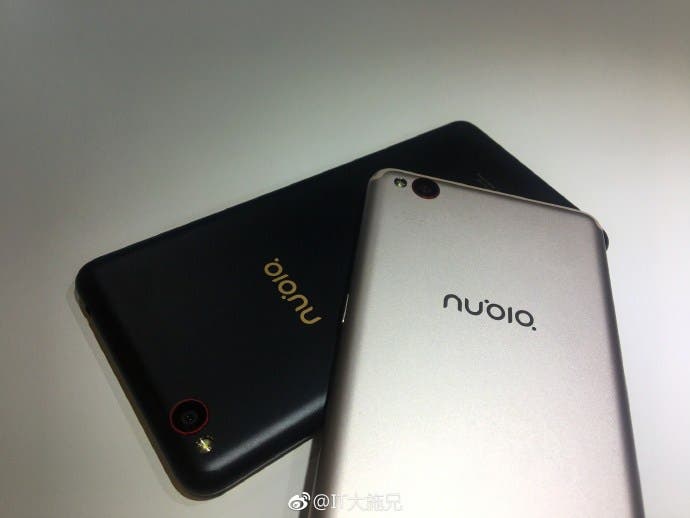 Compared to the previous N series phone, the new Nubia N2 has a more impressive design which resembles the Nubia Z11 Mini S. The gold metal body also sports antenna arcs and a fingerprint scanner below the 5.5-inch panel.

Pricing for the Nubia N2 is 1999 Yuan in China, and at this stage we don’t know if the phone will be available outside of the domestic market.