I guess most of you remember a couple of days ago when OnePlus unveiled their Colette Edition OnePlus 3T model in cooperation with the French clothing retailer in Paris, dressed in pure black color. 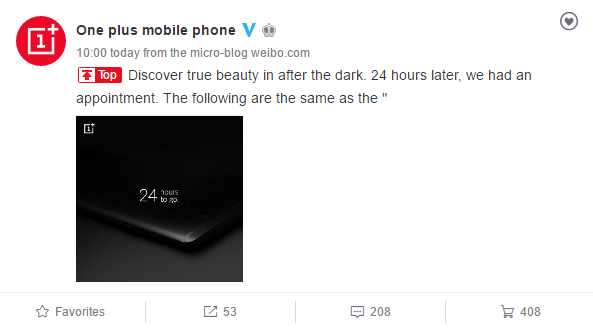 Unfortunately only 250 units of this exclusive model were made but… this doesn’t mean that we’ve lost the chance to get a black OnePlus 3T on our hands! The Chinese company just teased the unveiling of what looks like a black-colored variant of the 3T, which is supposed to be announced within next 24 hours in China, at least according to the teaser.

No don’t get your hopes high, the phone is expected to have the same specs with all the other variants that are already available in the market. We’re pretty sure it’s not the Colette Edition because if it were we should see the French company’s logo on the teaser just like it did when the 3T Collete edition was going to launch in Paris.

We will know more about this specific model tomorrow, so stay tuned.

Previous MGCOOL wants to be a midrange GoPro alternative