It seems that Samsung Galaxy J5 2017 is almost ready to be unveiled by the Korean manufacturer so we should all be ready for some formalities in the coming days. 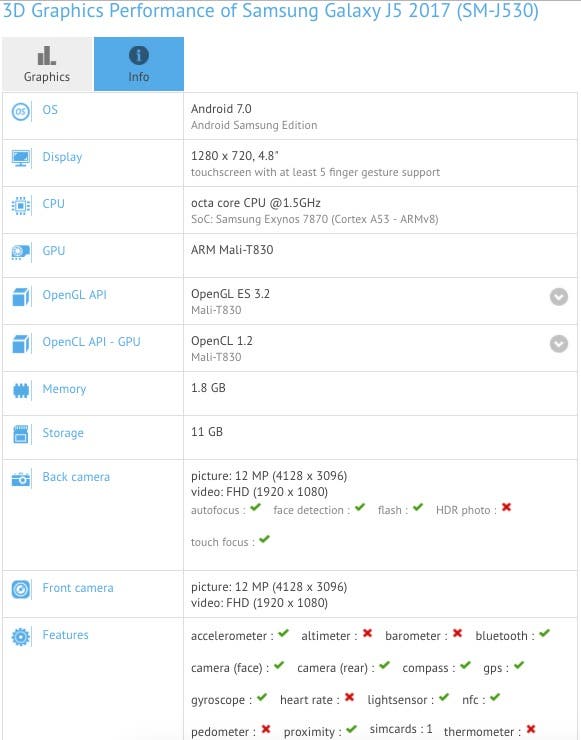 Until then we can have a look at the official GFXBench listing of the device that basically confirms everything we already knew so far: 12 MPixel main and selfie cameras, 16GB of internal storage with microSD slot and a 5.2 inch HD (1280×720 pixels) display. Don’t be mistaken by the 4.8 inch display listing (it’s probably wrong), given the fact that last year’s model had a 5.2 inch screener.

The listing also reveals that the upcoming Samsung Galaxy J5 2017 model will be equipped with an Exynos 7870 SoC, 2GB of RAM and it will run on Android 7.0 Nougat.

We can expect it to be officially announced in the coming weeks.

Next Rugged Bluboo R1 boasts to be unbreakable