Qualcomm make some of the most kickass mobile SoCs, and for 2017 the fabricator has prepared the Snapdragon 835 for this year. A phone with this SoC has yet to be launched, and according to what’s being said about it, it’s going to be rather powerful.

Benchmark scores of the Snapdragon 835 have been revealed, and based on what the numbers are like, the 835 is… nothing short of a powerhouse. Keep reading for the scores. 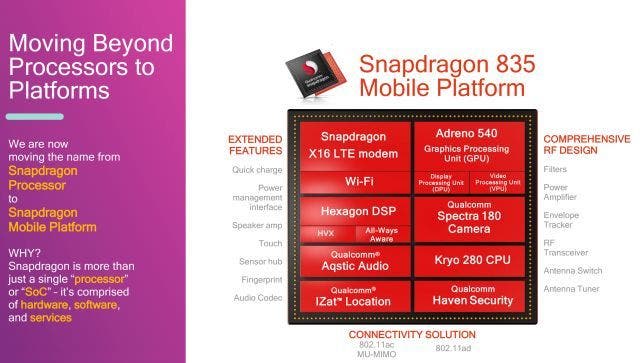 While the it’s true that synthetic benchmarking isn’t anywhere close to real world stress tests, it still does give us an idea of the kind of potential the SoC holds.

According to benchmark numbers, the 835, as expected, trumps the 820 and 821 in single- as well as multi-core tests. On popular (arguably the most popular) benchmarking app AnTuTu, the 835 scores upwards of 180,000 points.

Previous Oppo F3 Plus unveiled (unofficially) today, it's the selfie expert we need