The recently born Hafury brand — which falls under the Cubot umbrella — have just announced their first device to come into the market, it’s the Hafury Umax. Let’s check it out! 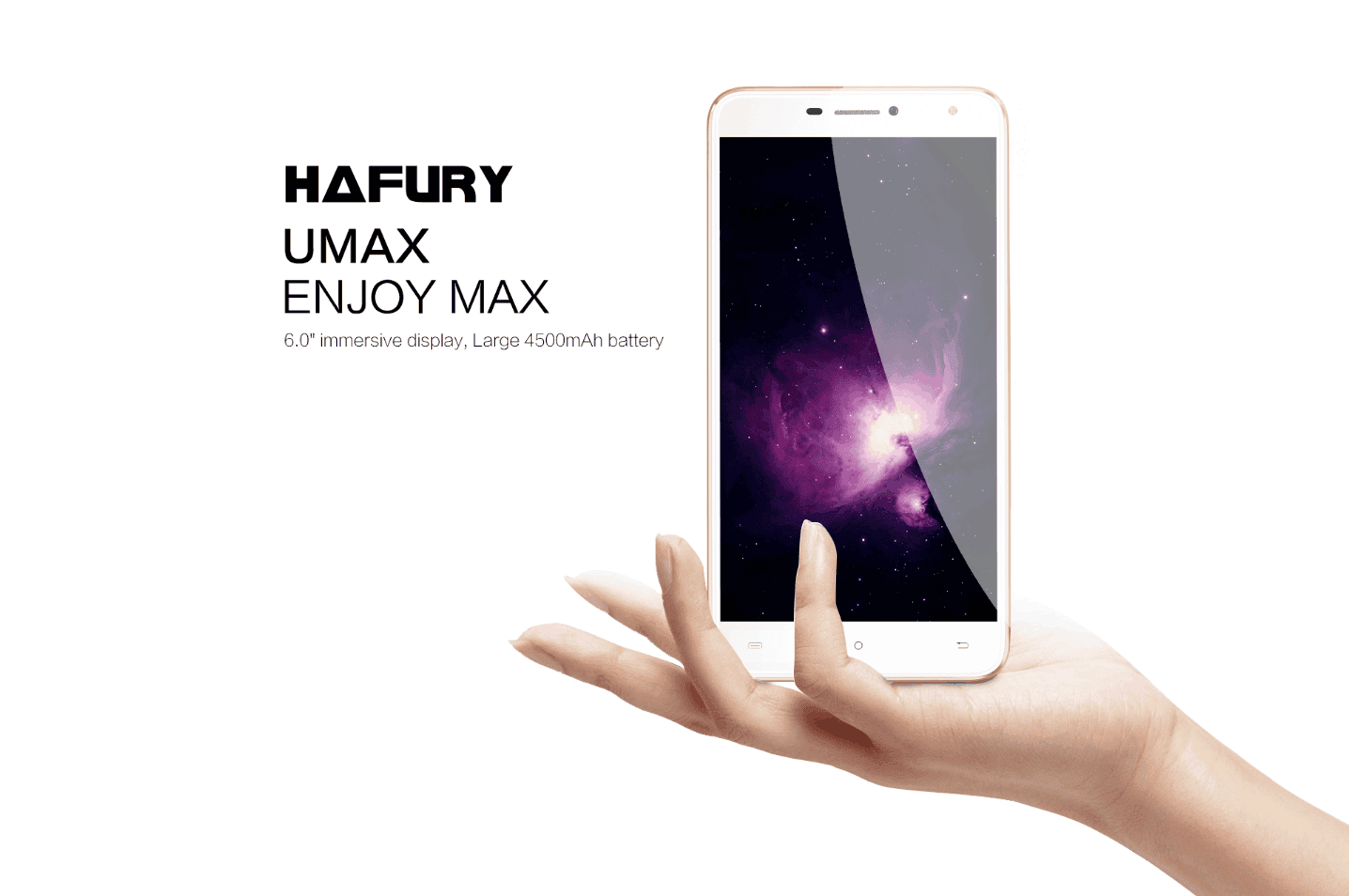 The Hafury Umax comes with a large 6.0-inch HD display, so it’s mostly a media consumption device to watch videos, read ebooks or play games with a slightly more immersive experience. The phone is powered by a MediaTek MT6580, 2GB of RAM and 16GB of internal storage (expandable up to 256GB).

As far as cameras go, we find a 13MP rear camera and a 5MP front-facing shooter. The phone also packs a big 4500mAh battery and runs Android 7.0 Nougat out of the box, thus you should get a pretty good battery life.

On a side note, Hafury is said to have an independent R&D and after sales service centers in EU, USA and Africa. The Umax in particular supports more frequencies that work in the US, so it’ll definitely get sold over there as well.

The Hafury Umax will be released to the market in April and Hafury say it’ll cost $80 top, which suggests it’ll probably cost $79.99. You’ll find more info about the phone over at Hafury’s official website.