Evan Blass had informed us yesterday that HTC is working hard on their next flagship, which is expected to go under the HTC U model name with a possible launch sometime by the end of April 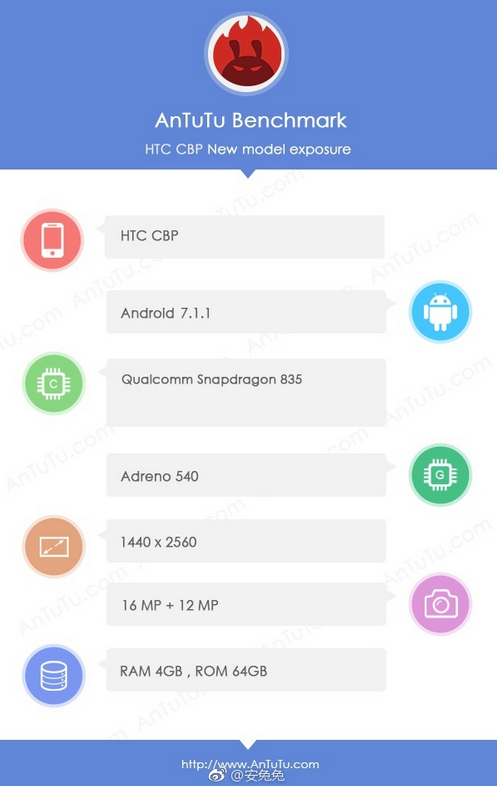 Today a high-end HTC CBP model appeared on AnTuTu’s benchmark results page and from its specs we can assume that it’s the purported HTC U flagship model everybody has been talking about after last night’s leak.

According to the specifications listed on AnTuTu, the HTC CBP model is powered by the Snapdragon 835 chipset, packing an 8-core CPU along with the Adreno 540 GPU. It offers 4GB of RAM inside along with 64GB of native storage with microSD support. Unfortunately we don’t see its display size being listed, but we do know that it will have a 1440 x 2560 (QHD) resolution and @evleaks confirmed yesterday that it will be 5,5 inches in size.

The HTC U will be using the Edge Sense gesture based system along the left and right edge of the screen, along with HTC’s Sense 9 UI on board. It will have a 12MPixel main camera and a 16MPixels selfie shooter in front, running on Android 7.1.1 Nougat OS.