To save you from wondering which device could be scheduled for unveiling, it’s the ZTE Nubia Z17 mini, a quite impressive – rumored- smartphone that has been waiting in line for launch during the past couple of months.

According to recent information, perhaps now it’s time for its official unveiling. Today ZTE sent out invites for yet another nubia event, this one taking place on April 6. There’s a small image accompanying the invite with a design that strongly hints at a dual rear camera system for the handset that will become official next month. 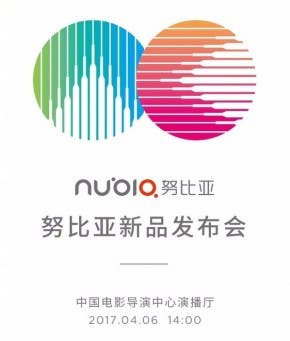 One similar phone was certified yesterday China by TENAA, and yes, it has a dual rear camera. It comes under model number NX569J, has metallic unibody design, a fingerprint scanner on the back and according to rumors, it could be the most awaited nubia Z17 mini.

Next Have a look at LG G6's first TV commercial, just before Galaxy S8 unveiling