The large phablet market is slightly less crowded than other segments of said market, but it is competitive nonetheless. Elephone has a new budget entry into this market with its 6” Elephone C1 Max.

Let’s check out how well this phone fits in the scheme of things and if it’s worthy of your hard earned money.

The Elephone C1 Max tries to offer quite a few things. It is cheap, starting at $129 on presale while sporting a full metal body. Specswise, it is entry level, an MTK6737 processor and 2GB of RAM.

It also offers dual cameras, not in the style of the Huawei P9 or the UMi Z Pro, but rather the Redmi Pro with one 13MP rear camera and a second 5MP camera for Bokeh. However, this phone faces strong competition in the large phablet market if you do not mind forgoing the dual camera setup.

Quite possibly its strongest competitor is the Bluboo Maya Max which sports the faster MTK6750 processor and costs about $20 more. Let’s see if it’s worth it.

Big thanks to Elephone for providing this review unit. You can purchase one here. 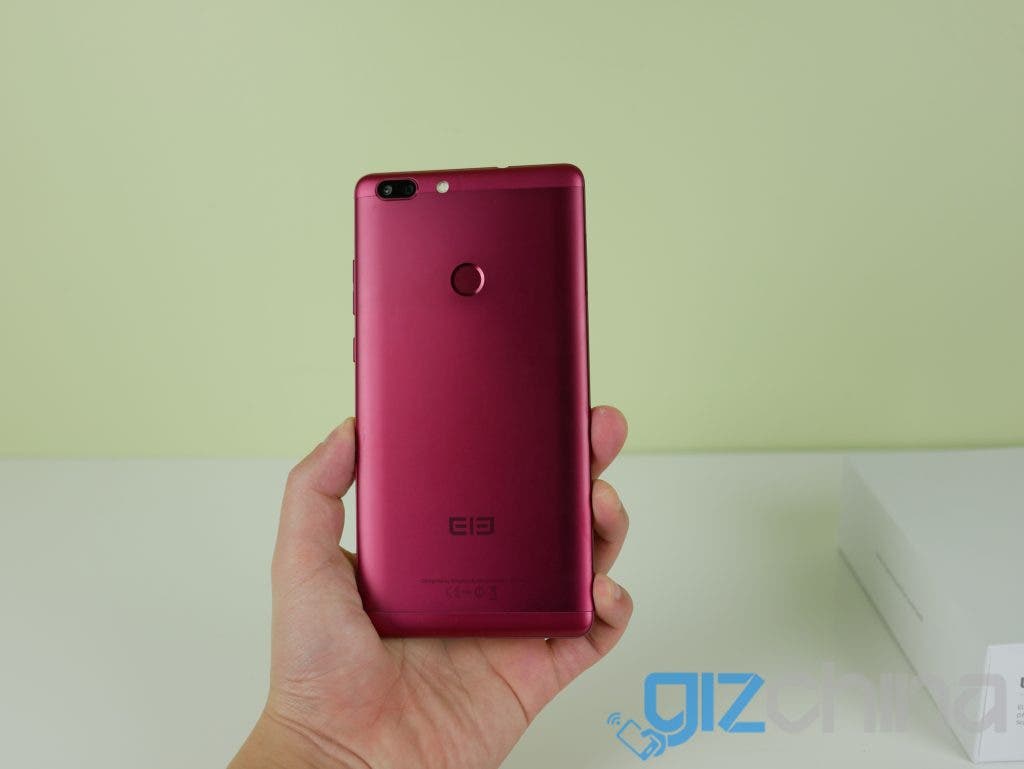 I’ve never been a fan of phablets, and I’m still not. The phone is huge, edging out even the Nexus 6 and the Bluboo Maya Max in size, albeit slightly. This is a two handed affair for all but basketball players and any other sport where huge hands are a benefit.

It’s quite a heavy phone as well at 227g so I know at least one GizChina reader who will never purchase this device. 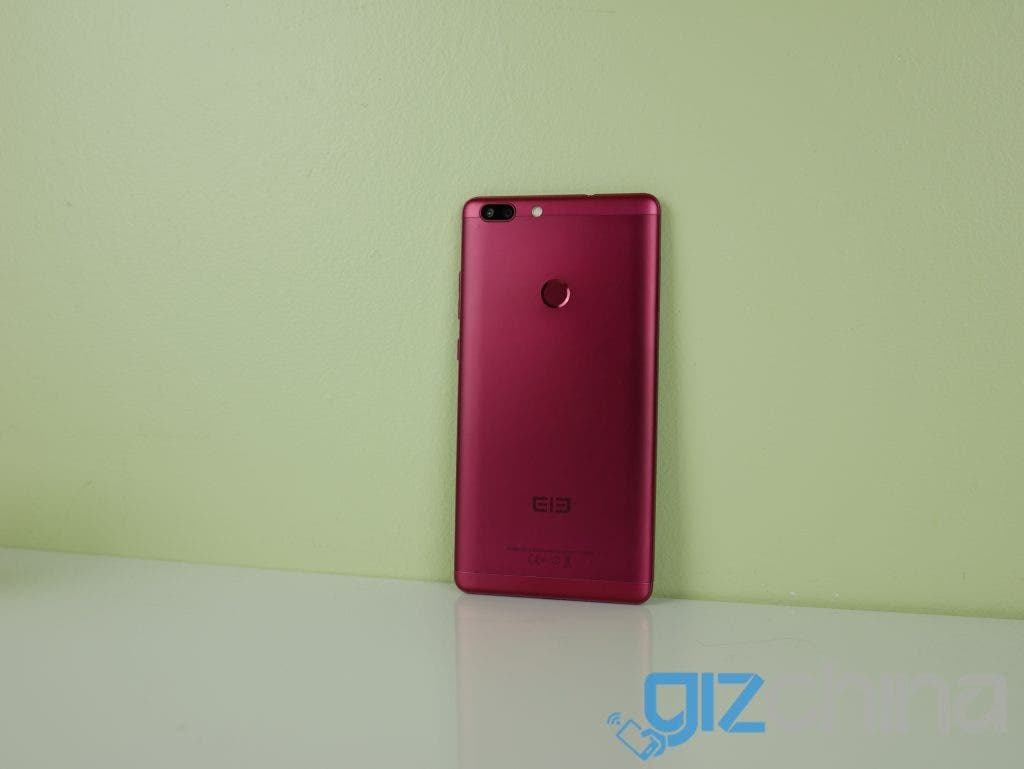 I’m a huge fan of the build quality and the colour though. Deep red (rose gold is considered closer to pink) metal phones are not very common in the wild, with the recently released Red iPhone and Red Oneplus 3 coming to mind.

So those of you who are looking for red devices are in luck, as the Elephone C1 Max comes in Red (dubbed wine red). The red body is quite eye catching and unique and I had one person asking whether this was the new red iPhone 7 Plus. It is deeper red than the new iPhone though. 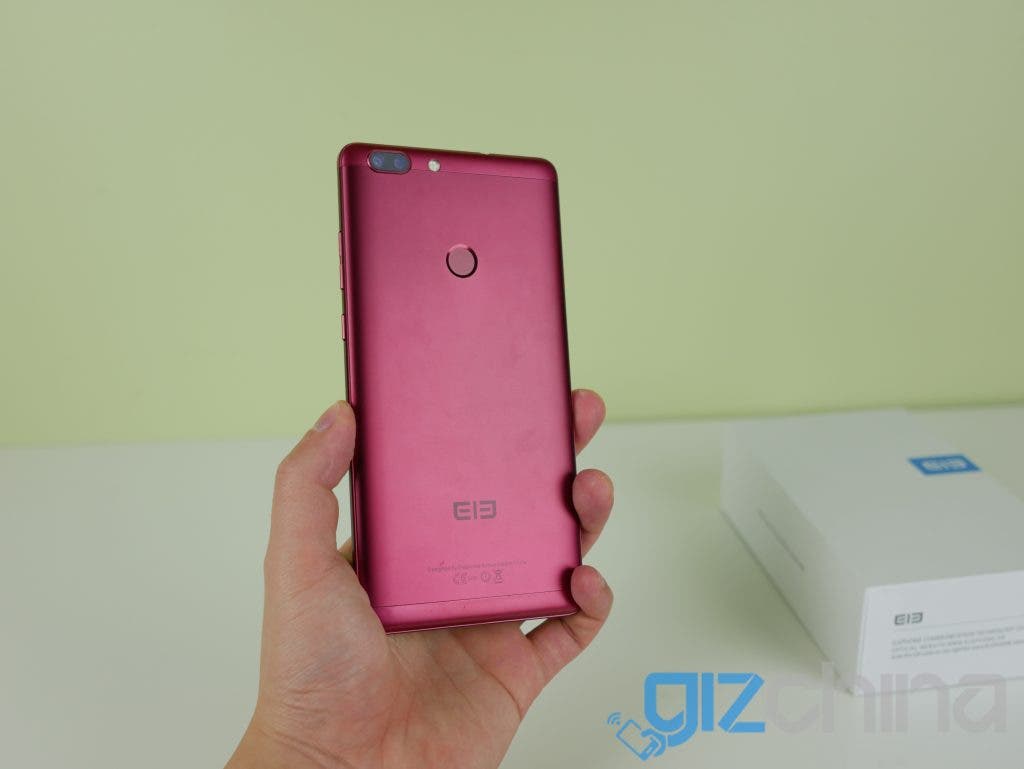 The body is full metal and feels good in hand. At the same time, it feels sturdy and durable as well, the slightly grained metal texture imparts a solid sense of feel and traction to the device. The curves on the front and the back make it slightly easier to hold as well.

On the front we find the capacitive buttons that do not light up below the screen and they are dot matrix style. The front of my phone is black, and I cannot tell if there is a black bar going around the screen, but regardless this is still not a bezelless device.

On the back we find the dual cameras as well as the fingerprint sensor. I found it slightly hard to reach because of my small hands, so again two hands are required this time. 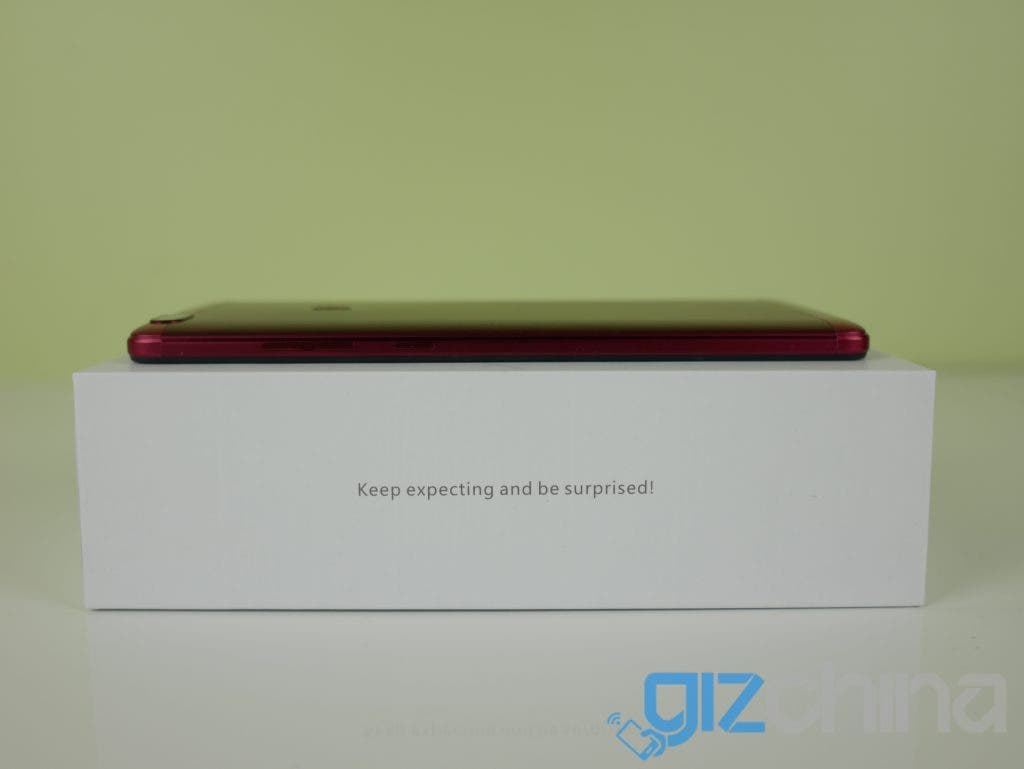 I absolutely love the build quality and colour of this phone, both of which are top notch. What I don’t like are the bezels, this phone could definitely be reduced in size as there is some bezel around the screen. The last rather unfair contention I have with this phone is the MicroUSB port. I want all phones to move to USB-C but that is probably too much to ask for a budget device.

There is a definite difference when I move from my Zuk Z2 which has almost double the PPI (440PPI) that this does. I suspect quite a few people will be turned off by this low resolution and I do not blame you. That being said, I quickly adjusted within ½ an hour of using this phone and stopped noticing the low resolution. 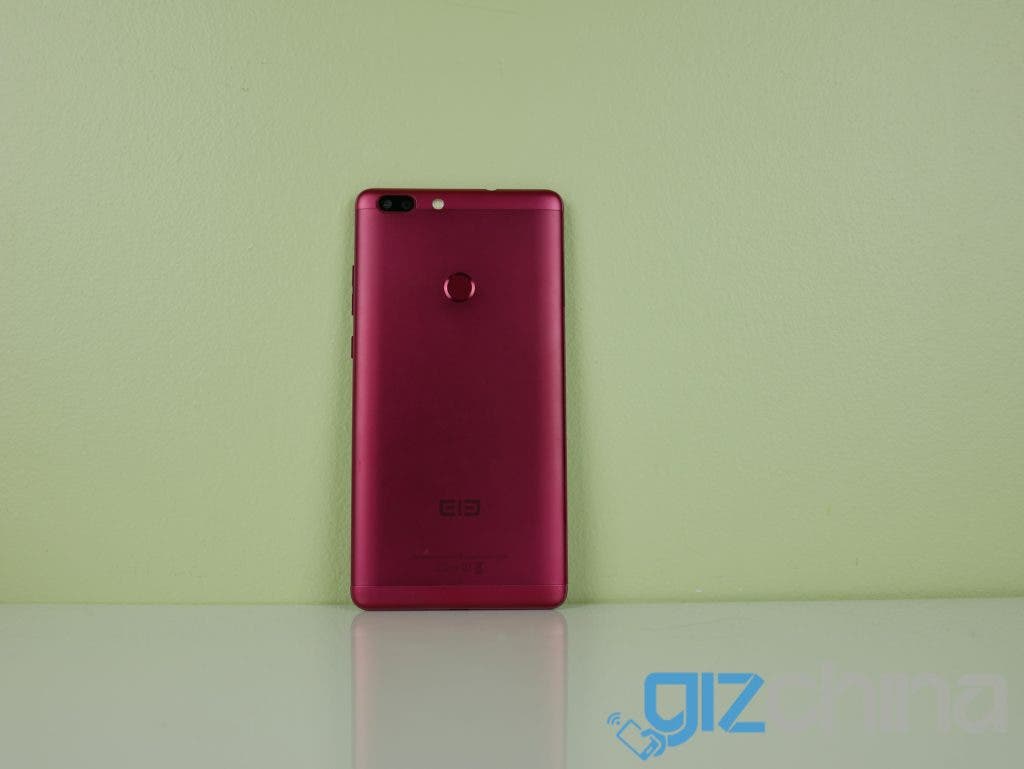 Max brightness tops out around 400 nits which is respectable but still difficult to see in sunlight. There is Dragontrail glass protecting the screen and it does its job.

There is a single speaker on the bottom of the device and it pumps out decently loud audio but it is outstripped by more expensive phones like my Zuk Z2 or the UMi Z/Z Pro.

Audio does start to distort slightly at loudest volume and there is a complete lack of bass as well when listening to audio.

The maximum screen on time I could achieve was 3.5 hours, which would barely be enough for light users, let alone medium users. During that 3.5 hours of SOT, I browsed the web, browsed Reddit, and engaged in texting and social media. Nothing backbreaking like photos or gaming, so expect even less if you use your phone for that. 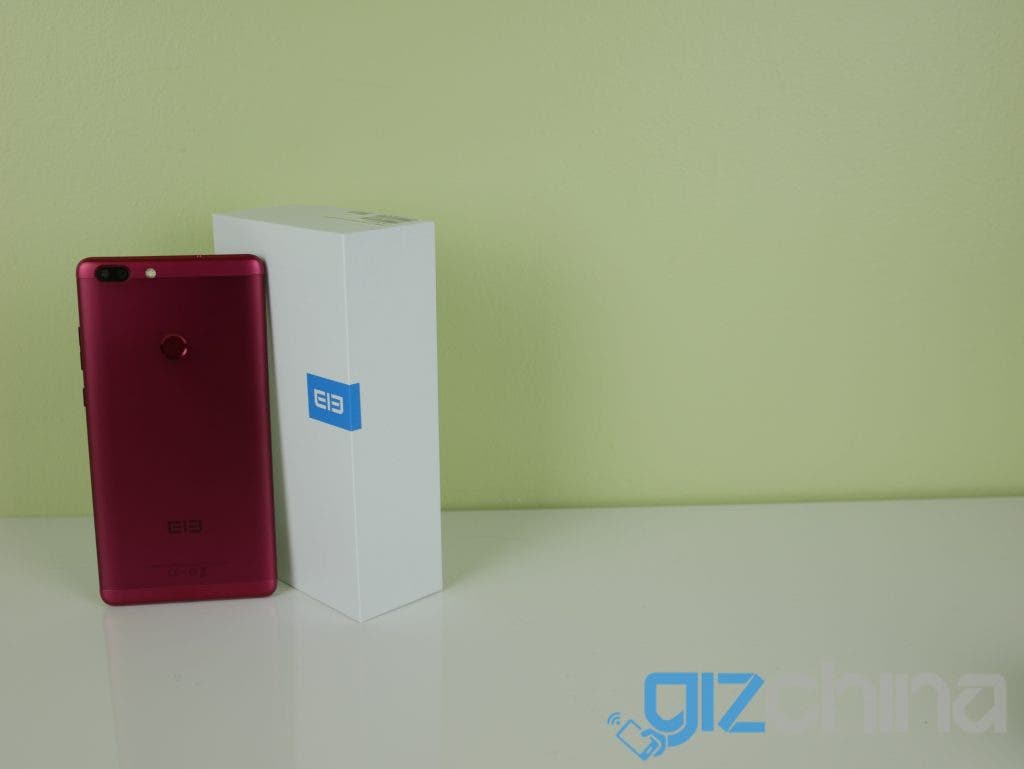 I am very happy to see the latest Android 7.0 on this phone, and it is completely stock. Android 7.0 runs surprisingly fast on the MTK6737 quad core processor. Swiping between home screens is very fast and fluid and is most likely the result of well optimized software, as I’ve had less than stellar experiences with other MTK6737 phones.

Opening and closing apps also far exceeded my expectations. Light apps open instantly, medium apps hesitate for a microsecond before opening, and only the heaviest apps will cause the phone to pause for a significant amount of time before launching said app.

As a device reviewer, I’ve been spoilt with 4GB of Ram on my Zuk Z2, but multi-tasking on the 2GB C1 Max is quite fine. As long as you’re not constantly switching between 20 apps, the phone should more or less handle multi-tasking quite well. Because this is a 6” device and Android 7.0 comes with new multi-window features, I wanted to spend a bit of time talking about that. You are able to run two apps side by side and it works decently well the for most part. Not all apps are compatible with multi-window and you do see slight lag if you run two apps at the same time.

The fingerprint sensor on the back is decently fast, it unlocks the phone about as fast as the iPhone 6 which was no speed demon and is noticeably slower than other phones like the Redmi Note 4X. That being said, its speed is more than good enough for daily use. The sensor’s accuracy is pretty decent as well, it doesn’t reject my finger unless I have skin torn off or my fingers are wet. 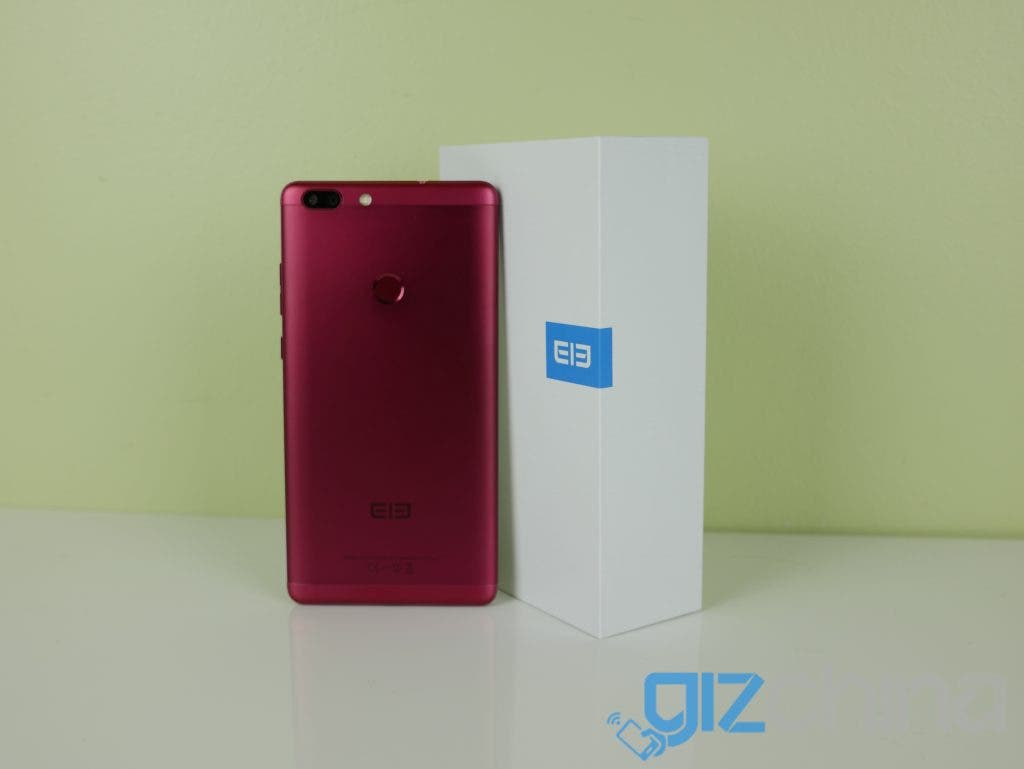 Moving on the gaming performance, the MTK6737 performs surprisingly well, it is able to play all the intense games on the play store with little to no stutter, but that is no endorsement of the MTK6737. Instead, the phone can handle games so well because the resolution is very low, and the MTK6737 can handle 720p games pretty easily. You won’t find much on the play store that you cannot play at a decent framerate.

To be honest, performance even for a heavy user like me is not bad, I could conceivably see myself using this phone if my Zuk Z2 suddenly dies. Lighter users won’t find an issue here.

However, LTE performance is quite strong with me getting receptions in almost everywhere my dad’s iPhone gets LTE. Certain places like basements or large buildings saw that LTE drop though. WiFi, and Bluetooth are good, but GPS is definitely a little sluggish and sometimes likes to hop around, not enough to throw me off navigation though. 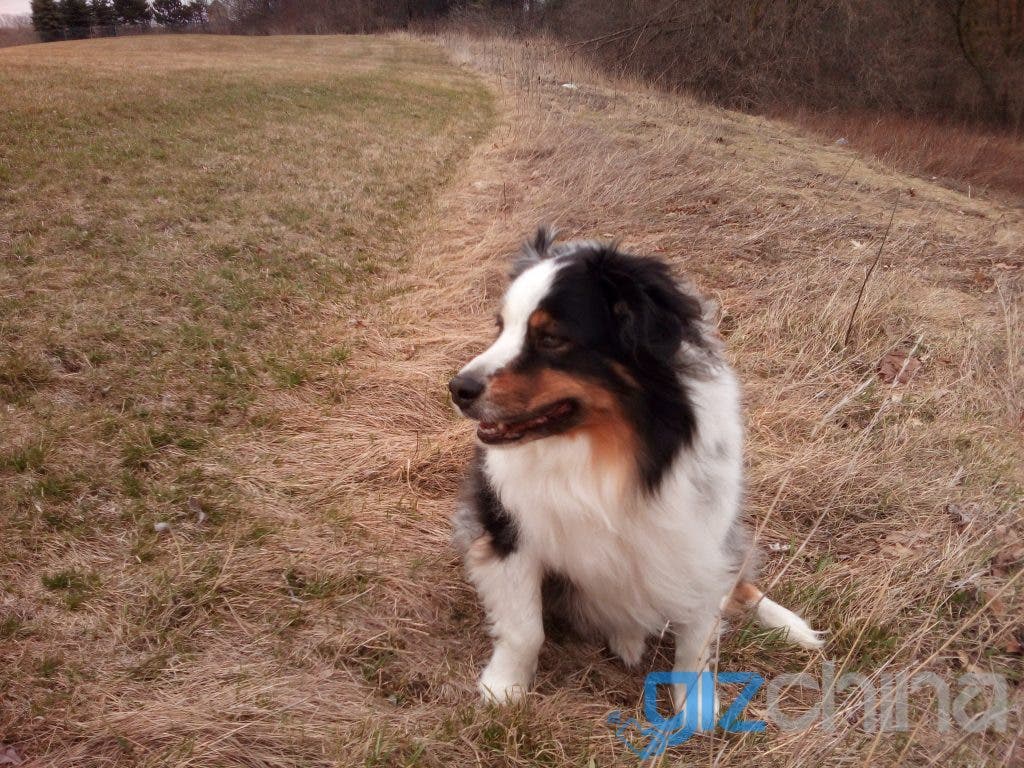 If you saw my UMi Z Pro review, I launched into a full blown explanation of why colour cameras are lower quality than monochrome cameras, and you can read that here. Sadly, the secondary camera here is only 5MP and does not capture monochrome or colour photos, it is purely there for Bokeh. 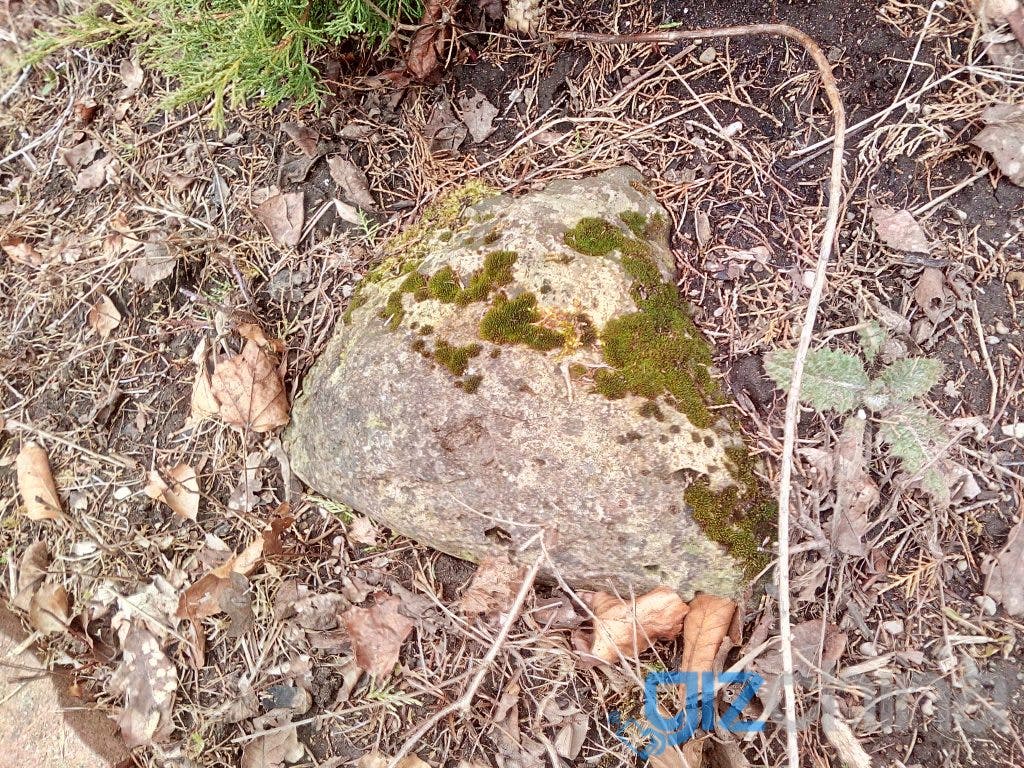 The 13MP main camera isn’t the best. On the plus side, lower end cameras have definitely improved throughout the years, but lower end cameras weren’t great to begin with, so an improvement on a horrible product is a less horrible product. It captures sufficient detail but the camera is easily blown out if there is a strong light source pointed directly at the camera.

Colours are adequate but not great, colours just are not very rich and saturated which is how many of us like to view pictures. 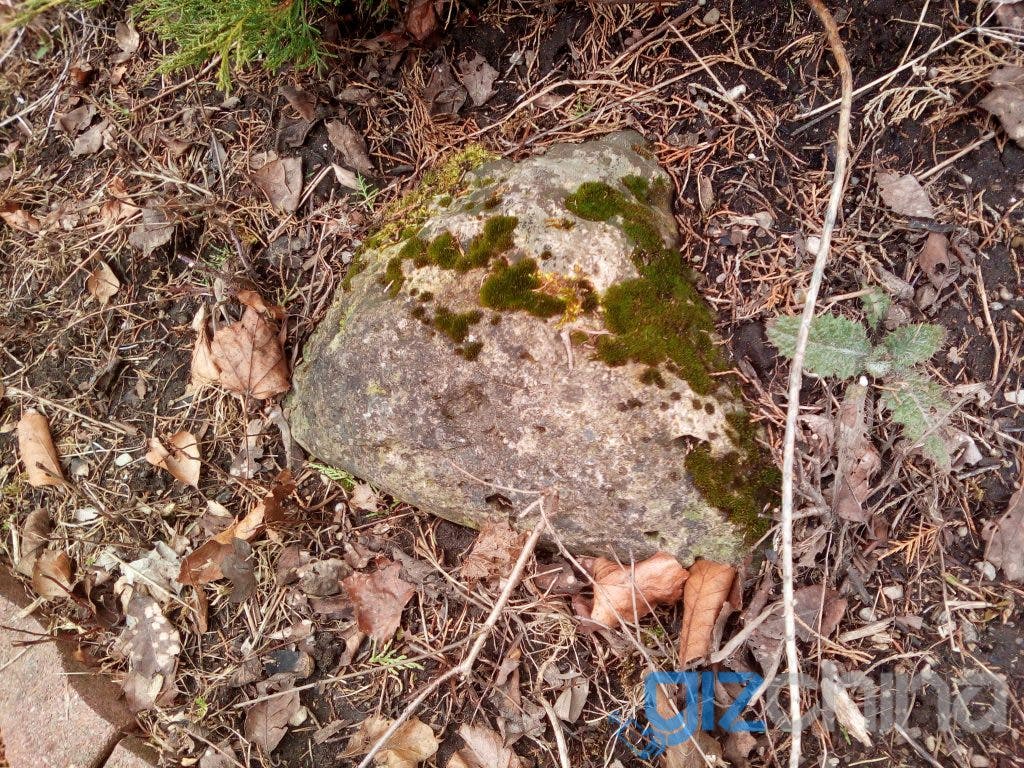 Turning on HDR does fix some of that but it does not fix it completely. If you switch the phone into dual camera mode, the 5MP camera does an admirable job adding Bokeh to the shot, something I was not expecting.

It adds Bokeh almost as naturally as the UMi Z Pro, and the Z Pro was not bad at adding Bokeh at all. However, the base picture captured on the C1 Max didn’t start out great, so you are adding Bokeh to a subpar photo. 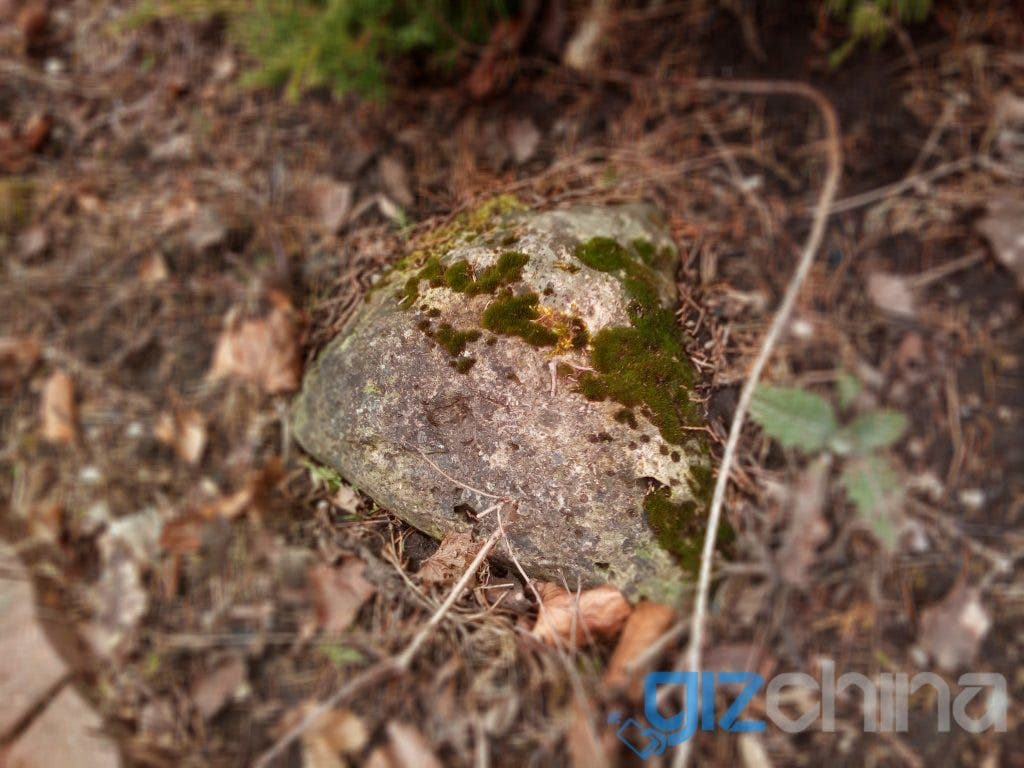 The front facing camera is 2MP (5MP interpolation) and is horrible.

The video camera is capable of capturing up to 1080p and quality is not the best, video has sufficient detail but colours are washed out.

To be honest, Elephone should have just used the 5MP camera as the front facing camera and ditched the dual camera concept altogether. But if they did, they would be losing out on the trend and the marketability of dual cameras, which is why I understand why they did it.

However, that does not mean that I agree with that decision. This phone has three points that you have to be aware of before buying, the display, the battery, and the camera. The display is only 720p, you get around 3.5 hours of SOT, and the camera is not great. But on the other side of the fence, the phone is relatively cheap, has a very nice metal body, and runs the latest Android 7.0.

As someone who refuses to move up to 5.5” devices, 6” is just too big for me and using a phablet is almost out of the question for me personally. But if you are looking for a big phablet, your choices are much more limited, and if you’re looking for a large phablet (bigger than 5.5”) with a dual camera, you are even more limited with the C1 Max being one of the options out there.