Well it looks like GFXBench did the “dirty” work for us once again and basically confirmed most of the technical specs of the upcoming Xiaomi Mi 6 flagship, scheduled to be unveiled by the end of this month. 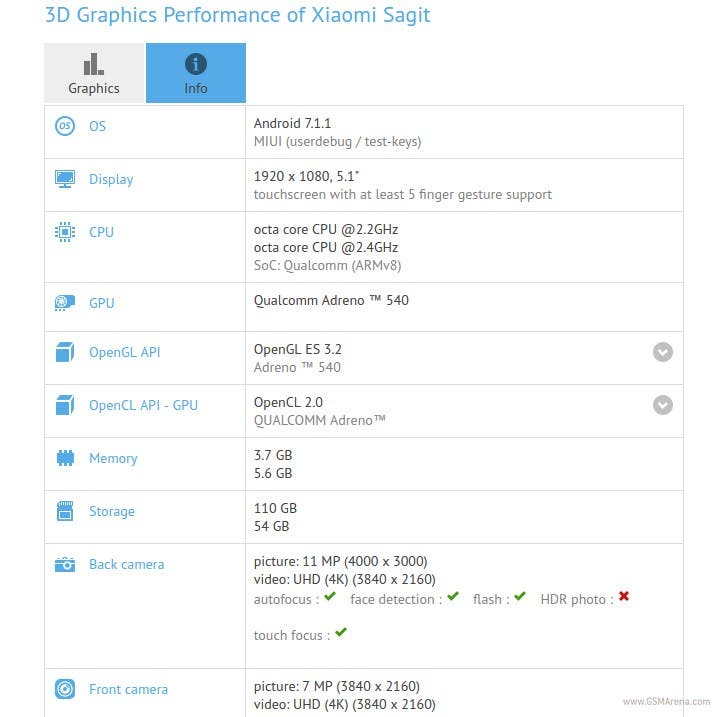 The device appeared on the notorious benchmark database as “Xiaomi Sagit”, but the chipset it packs (Snapdragon 835) basically confirms that we’re talking about the Mi 6 model. According to the benchmark listing, the upcoming flagship will pack a 5.15 inch full HD display, along with a 12MPixel main camera and an 8MP selfie camera both of them with 4K video recording capabilities.

The phone is equipped with Qualcomm’s Snapdragon 835 SoC, along with 4/6GB of RAM and 64/128GB of internal storage and runs on Android 7.1.1 Nougat with MIUI “skin” on top as expected.

According to the latest information, it is expected to be unveiled during the last week of April, along with its larger sibling, the Xiaomi Mi 6 Plus model. Be patient guys, we’re almost there…

Next Xiaomi Mi Max 2 specifications show up on GFXBench!