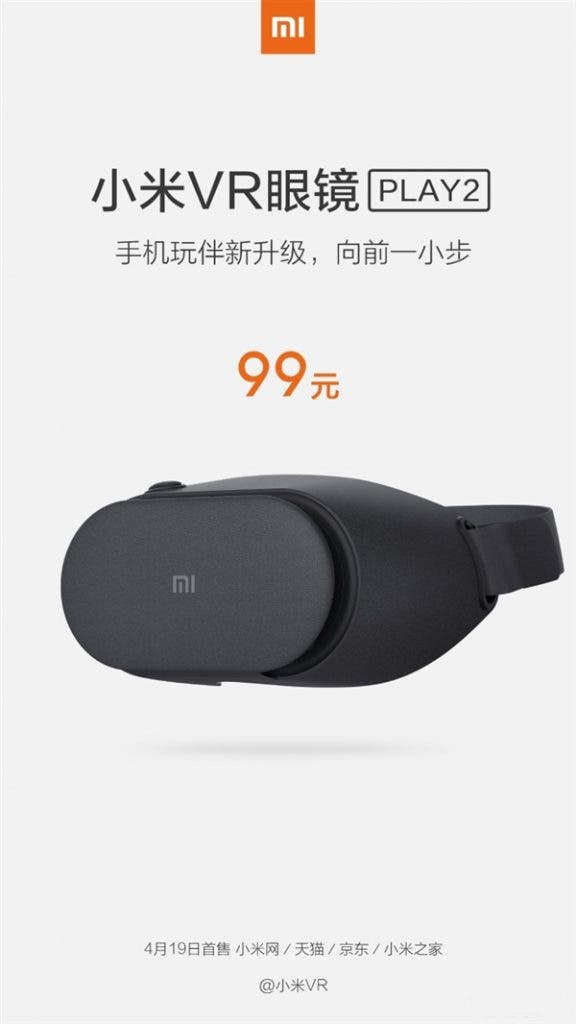 The Xiaomi MI VR Play 2 is the successor of the first VR headset and comes with small but significant improvements compared to the first model. Xiaomi likes to call it a toy, because basically that’s what it is. It’s an affordable way to have fun watching VR applications, 360 degree videos or even play games fully immersed into virtual worlds. The new headset comes with a new, improved material that’s more comfortable when you wear it. It’s also lighter than its predecessor and has certain small holes for better cooling.

Xiaomi MI VR Play 2 will be available for all those of you out there who’d like an affordable VR headset starting April 19 at a price of just 99 yuan ($14), which is a steal basically.

Next What's the MetalPrint back cover on the Geotel Note? - Explained