Meizu and Qualcomm is one of those ongoing love stories. Will they or won’t they finally get together? Well, the answer could be a big YES.

Meizu and Qualcomm’s relationship might finally come to fruition with the release of the Meizu MX7, a flagship handset that Meizu are currently working on and planning to launch sometime in the near future.

This long-awaited flagship has actually already received its first teaser with an image of a phone-shaped object under a red cloth with a price, and what a price! According to the teaser, the MX7 is priced at 9999 Yuan which at today’s exchange rate is a hefty $1500!

In all honesty, we don’t expect Meizu to release a handset with such a high price point, but we won’t be all that surprised if the MX7 does in fact go on sale with a slightly higher price than what we have seen in the past. 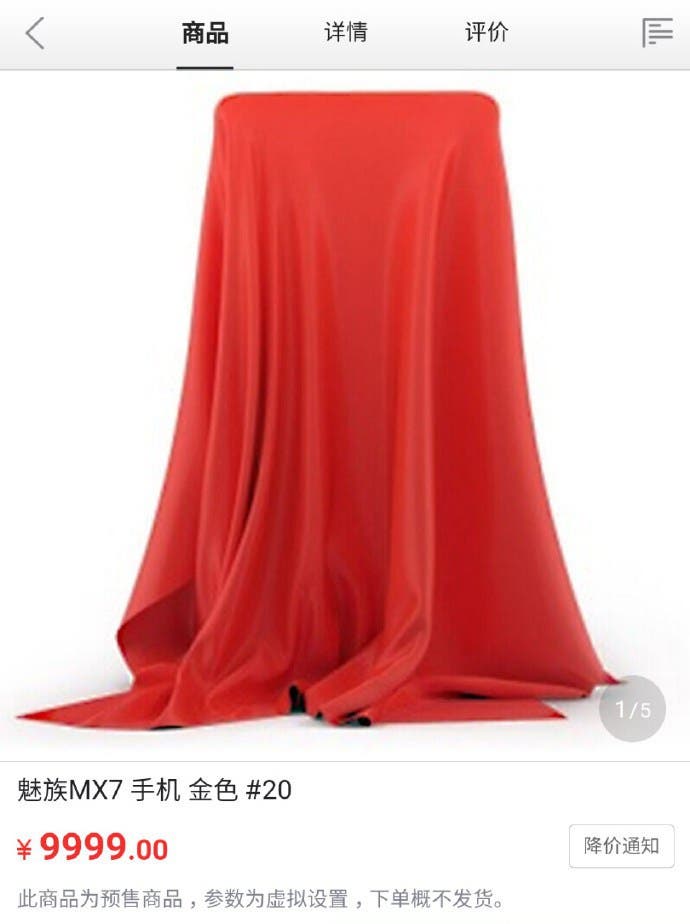 So what of the phone? and where does Qualcomm come into things? Well according to Chinese press the MX7 will be powered be a Snapdragon 660 chipset (all the more reason not to believe that high price), a mid-range chipset that will crop up in a number of new smartphones over the coming months.

The Meizu MX7 isn’t the only upcoming flagship handset. The OnePlus 5 is also coming soon, there are rumours of an Oppo Find 9 and we don’t need to remind you that the Xiaomi Mi6 is launching soon! Pretty exciting days for Chinese tech fans!

Previous Check out Megawheels at the Global Electronics Fair in HongKong

Next First Real Photo Of The Xiaomi Mi Mix 2, Or Are They?