Things are going really well for Huawei during the past few years, with the Chinese behemoth taking the top spot as the biggest Chinese smartphone manufacturer. According to recent financial results their success is ever growing, with the company having already sold over 5 million of Huawei Mate 9 units in just 4 months after their official launch! 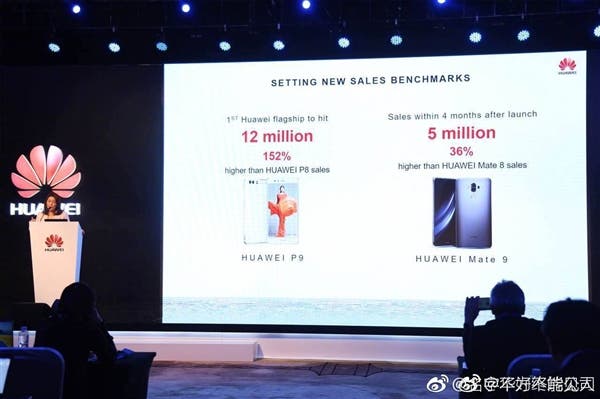 In case you don’t remember, the Mate 9 phablet was officially unveiled back in November 2016 and has shown so far a 36% growth in sales when compared to the previous model – Huawei Mate 8. During the aforementioned press event, Huawei also announced that its P9 flagship model has already surpassed 12 million units in sales, which basically translates in a 152% growth compared to the previous P8 flagship and makes it the first flagship model of the Chinese company to have ever reached 12 million sales.

With their P10 flagship model already available in some markets we will have to wait until next year, to see if the company will manage to beat these numbers and add new records to their portfolio.

Next Ulefone giving away $5.000 worth of coupons for the Ulefone Power 2!