Chinese manufacturing giant, Huawei, has been releasing the HarmonyOS update for its smartphones. Interestingly, even very old smartphones are also getting this update. According to users, the Huawei Mate 9 is now receiving the HarmonyOS 2.0.0.105 update. This update weighs 0.92GB. The Huawei Mate 9 was released in December 2016 which means that it is about five years old. 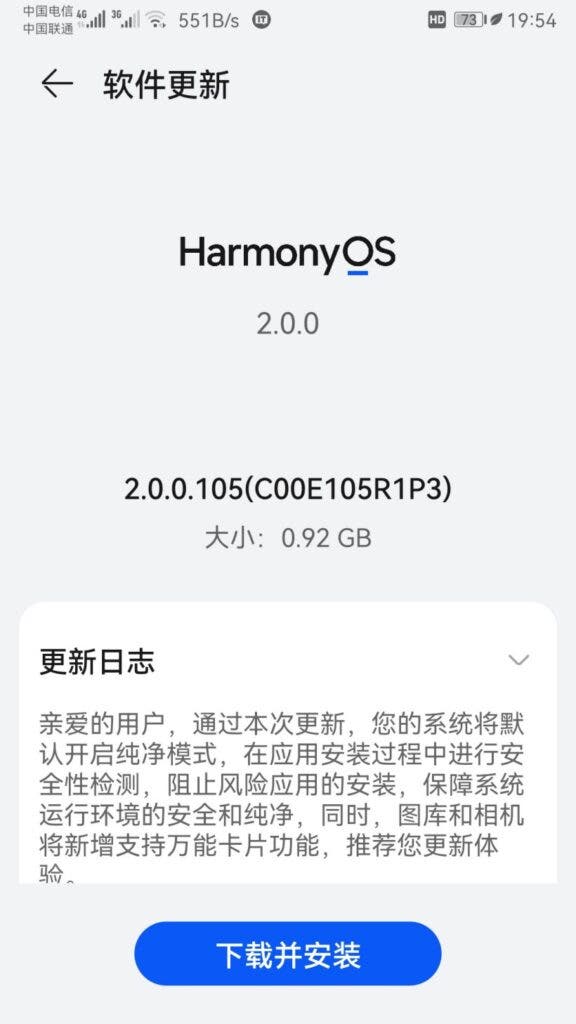 The pure mode on the Huawei Mate 9 is active by default. This feature checks on malicious behaviour, security vulnerabilities, as well as privacy risks during applications installation. This is necessary to prevent the installation of risky applications. It also ensures the safety and purity of the operating system.

Adds support for camera and gallery applications. Users can slide up the application icon to generate a card, you can select the size of the card, drag to change the position, and transform your personalized desktop.

Optimize the display effect of some interfaces.

A new feedback assistant application is added to facilitate timely feedback from users. This update also optimizes the system stability of some scenes.

According to Wang Chenglu, president of Huawei’s Consumer BG, there are 157 million Huawei devices with HarmonyOS. In addition, there are over 60 million third-party devices that run on HarmonyOS. This means that the Harmony system currently has over 200 million devices in its ecosystem. Furthermore, Huawei has upgraded hundreds of models to HarmonyOS 2 in succession. In the near future, Huawei HarmonyOS 2 will also release this update to many old smartphones and tablets.

Next Sony partners with TSMC for Japanese chip plant