On June 2, Huawei officially released the HarmonyOS 2 and it finally began to land on smartphones on the same day. This system will provide update services for hundreds of Huawei models. Presently, the stable version of this system is not available. What users are getting is the internal and public beta and there have been no serious complaints so far. As the largest upgrade in Huawei’s history, the enthusiasm of users is also extremely high. In the first week of commencement of the HarmonOS 2 upgrade, more than 10 million users had the system.

Now, reports from Aurora Mobile show that in just 14 days, HarmonyOS 2 was active in over 18 million devices. The data from Aurora Mobile is for the period between June 2 and June 15. This number is the cumulative value for both internal beta and public beta. Specifically, the total number of users as of June 15 was 18.349 million. Of this number, the public beta testers hit 15.514 million while the internal beta testers hit 2.835 million. 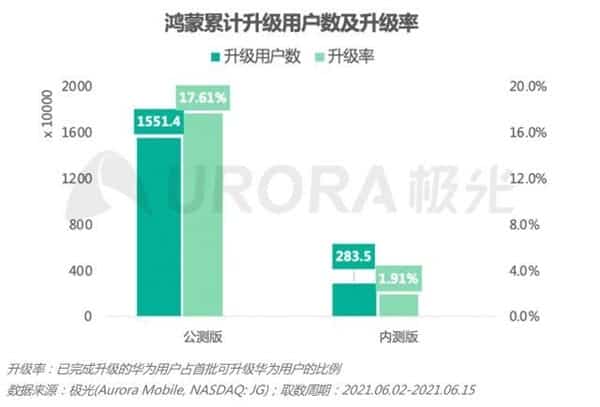 According to reports, this number accounts for 7.75% of the first batch of upgradeable Huawei users. The upgrade rate of the public beta version is 17.61% and the internal beta version is 1.91%. 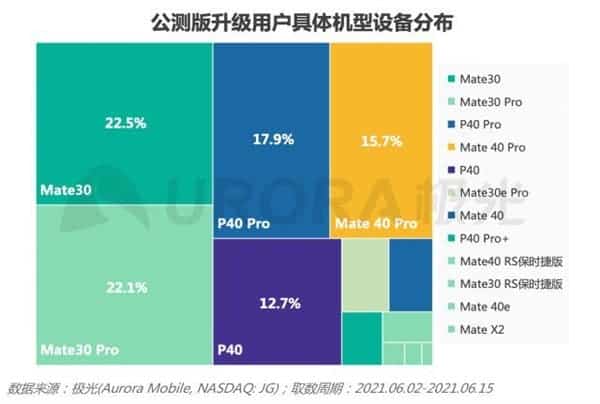 HarmonyOS is different from Android

According to Huawei, HarmonyOS has so much untapped potential. The workability and quality of this system will be obvious when there are multiple terminals running the system. In terms of its comparison with Android, this system is quite different from Android. It focuses on smartphones, smart cars, smart speakers, wearables, and other devices. However, it has a fundamental relationship with Android and other systems.

HarmonyOS has three core functions. These functions are