Chinese manufacturing giant, Huawei, has been developing its operating system since 2008. However, the company hurriedly released the first version of this operating system in 2019 after the ban on Huawei by the U.S. After the release of the maiden edition, the company released the second version, HarmonyOS 2 in September 2020. Last week, at a Huawei press conference, the company unveiled the latest Harmony system, HarmonyOS 3. Just like the HarmonyOS 2, the new HarmonyOS 3 system significantly upgrades its devices. According to the company, after upgrading to HarmonyOS 3, the overall operation will be smoother and the power consumption during gaming will be lower.

The first is to verify whether the power consumption during gaming actually drops. To carry out this test, the screen brightness was kept at 350nit and at room temperature of 25 degrees. Both smartphones were connected to the same Wi-Fi network and the battery was charged fully to 100%. After gaming with the smartphones for one hour simultaneously, the frame rate, variance, and power consumption were measured.

For the Genshin Impact test, the screen was set to 60 frames and the rendering resolution of both smartphones was 720P. In the actual half-hour test, the average frame rate of the HarmonyOS 2 system (Huawei P50 Pro) is 44.7, the variance of frame rate fluctuation is 169.2, and the power consumption of the whole machine is 5.4W. We saw a drop in power consumption as well. However, using the same configuration, the HarmonyOS 3 system records better results. HarmonyOS 3 puts more effort into optimizing power consumption. It will be more conservative in the limit performance schedule than before. Thus, the average frame rate slightly drops but the fluctuation variance also reduces. Furthermore, Huawei put more effort into this system and optimizes its performance.

In such a scenario that requires extreme performance output, it is still a little powerless to rely on system optimization alone. However, looking at the battery life of the HarmonyOS P50 Pro, this system consumes 1% less power than the HarmonyOS 2. Although we may consider 1% as small, this is still effective for power consumption optimization.

Another aspect of both systems to check is the system fluency test. Overall, it is obvious to see that the HarmonyOS 3 system is more fluent than the previous generation. The test uses a high-speed camera to shoot a sliding operation. The right side is the HarmonyOS 3 sliding response is 1 – 2 frames faster than the left of the HarmonyOS 2 system. Furthermore, the speed of the entire sliding animation is also faster. This scene is relatively subtle. In our daily use, there is a speed-up of 1 – 2 frames every time we slide, and it will feel smoother overall.

In the application startup and retention test, the test found 30 mainstream apps and opened them simultaneously to record the time. This process was repeated a couple of times to see if anything will change. The results of the test reveal that the HarmonyOS 3 system opens applications faster and smoother than the HarmonyOS 2. 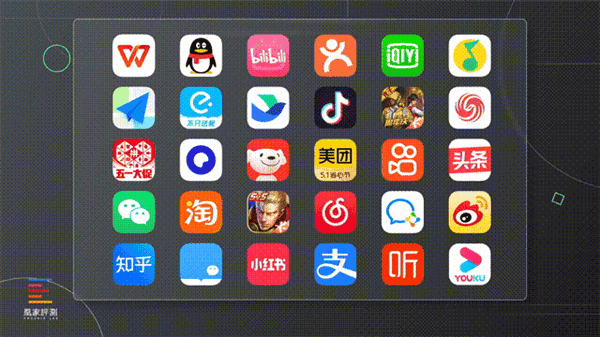 While HarmonyOS 3 had no issues with opening all 30 apps, HarmonyOS 2 had some issues. By the time it opened the 15th app, there were lags and flashbacks. There was no abnormality in HarmonyOS 3, and the whole process was relatively smooth. By the 22nd application, it appeared as though the apps were loading a little slower. However, it is nothing significant and users wouldn’t even notice.

In terms of background retention, a total of 30 apps were opened. The HarmonyOs 2 has a total of 11 apps to kill the background, while the HarmonyOS 3 has only 8 apps. It has also done better in the entire background scheduling management of applications.

Through games, swiping, application opening, and background retention tests, we can see that the improvements mentioned by Huawei at the press conference are indeed worthy of mentioning. In daily use, the HarmonyOS 3 system can indeed bring old devices a new and fresh user experience. This is something that many users will appreciate. The Huawei HarmonyOS 3 system proves that Huawei has the capacity to improve and optimize its software. According to reports, the Huawei Mate 50 will come with the Snapdragon 8+ Gen 1 SoC. If this happens, it will come with a better experience. Furthermore, its power consumption for high-demanding loading scenarios may also be significantly reduced.