With an insane amount of smartphones on the market, it’s really hard for the user to just pick one. More specifically in the rugged phones segment, which is now getting really crowded, there are multiple options for different ranges.

In this article we’re going to focus on budget-friendly durable devices, we’re talking about the Nomu S10, AGM A8, Nomu S20 and Ulefone Armor. Which one will take the crown? Let’s find out! 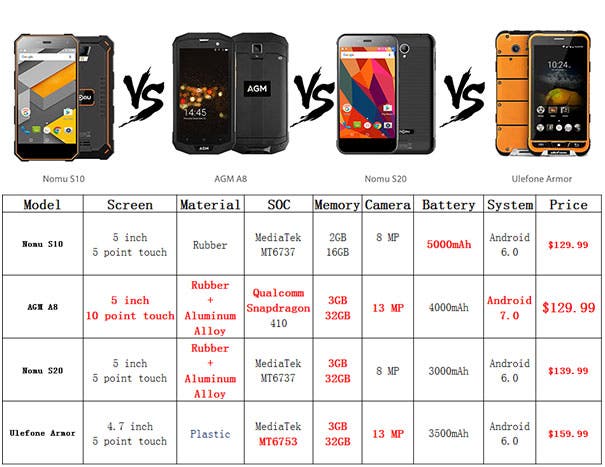 But phones aren’t just about specs, that’s why the user Geek Love on Youtube has just released a video comparing the four devices in real life scenarios:

From the video we see the AGM A8 is a better all-arounder device, performing well in most important tasks and with a solid build quality. The phone is currently on sale over at AliExpress at $20 off retail price, that means it’ll cost you $129.99. A very interesting deal if you were looking for a good rugged phone. Beware price will rise up after April 19th, though.