If you hang a lot at GizChina then you’ll probably know the Global Sources Electronics Exhibition is currently taking place in Honk Kong, more specifically in AsiaWorld-Expo. This is where Oukitel have got invited as a manufacturer to show off some of their products, and they sure didn’t disappoint. 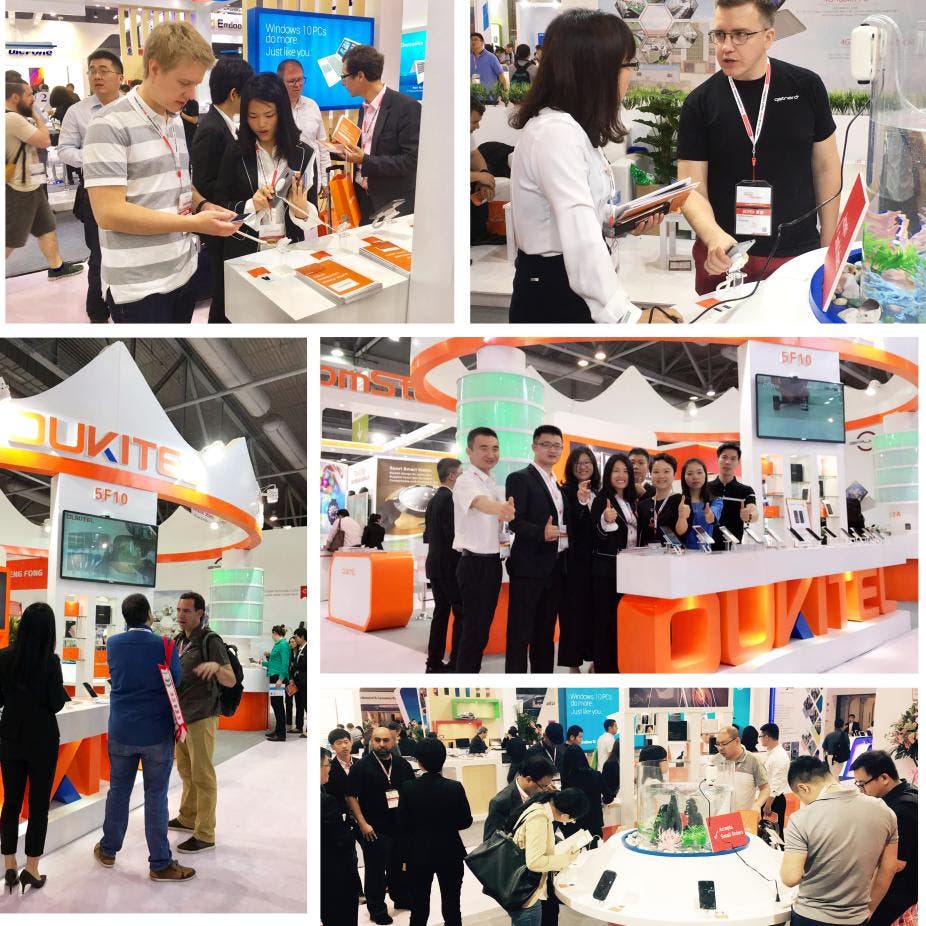 Let’s begin with the K10000 Pro, the second iteration of the popular K10000. The phone showing on the screen below will still feature a massive 10000mAh battery and fast charging at 12V/2A, it will be equipped with a MediaTek MT6750 octa-core CPU. 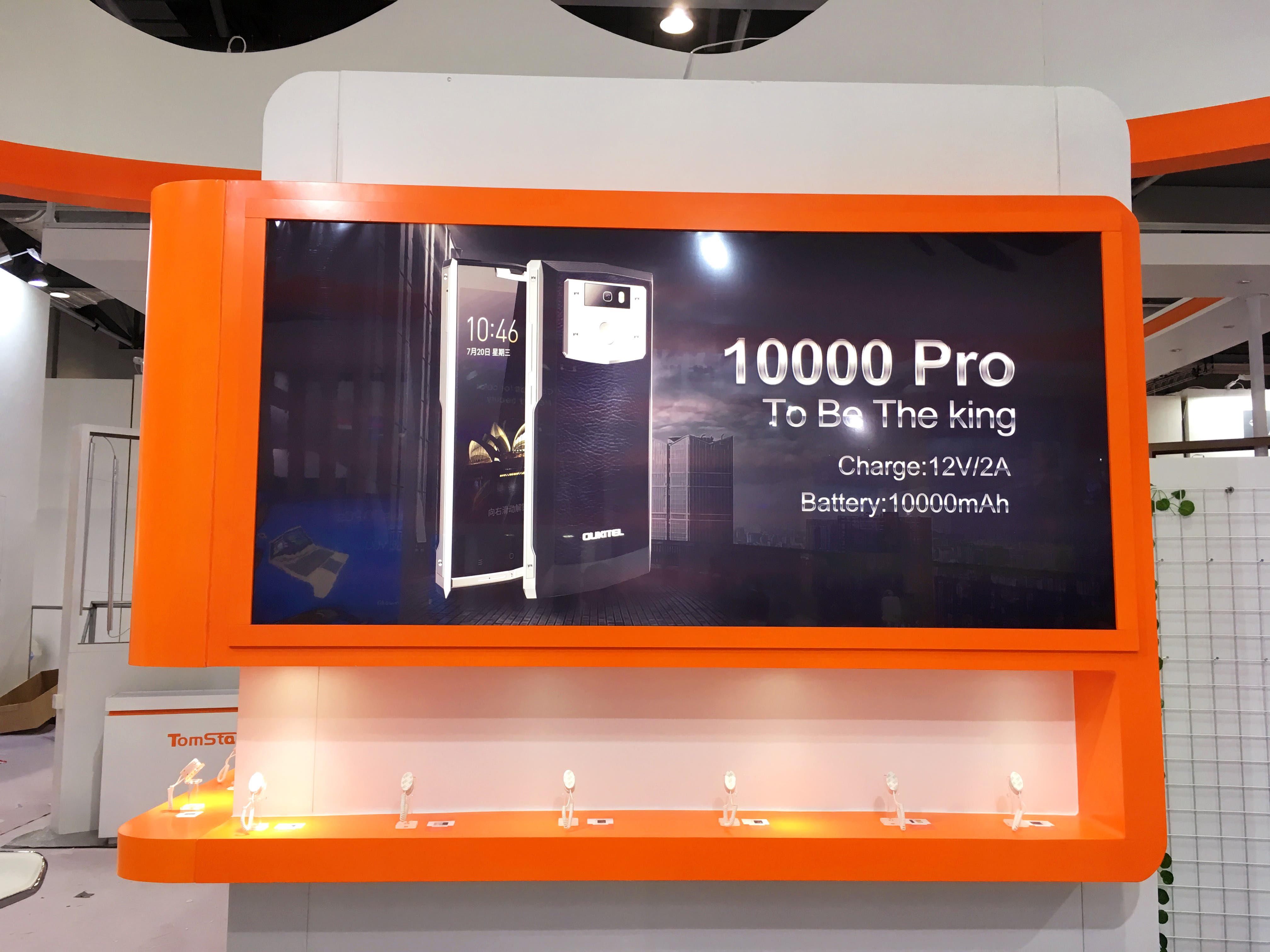 Then we have the K10000 Max, which as you can guess still comes with a 10000mAh battery, but this time it’s a rugged phone and it’s displayed in a water tank, as one would. This one will have a 5.5-inch Full HD display, a MediaTek MT6753, 3GB of RAM and 32GB of internal storage, cameras will be 13Mp and 5MP. The phone is IP68 waterproof rated. 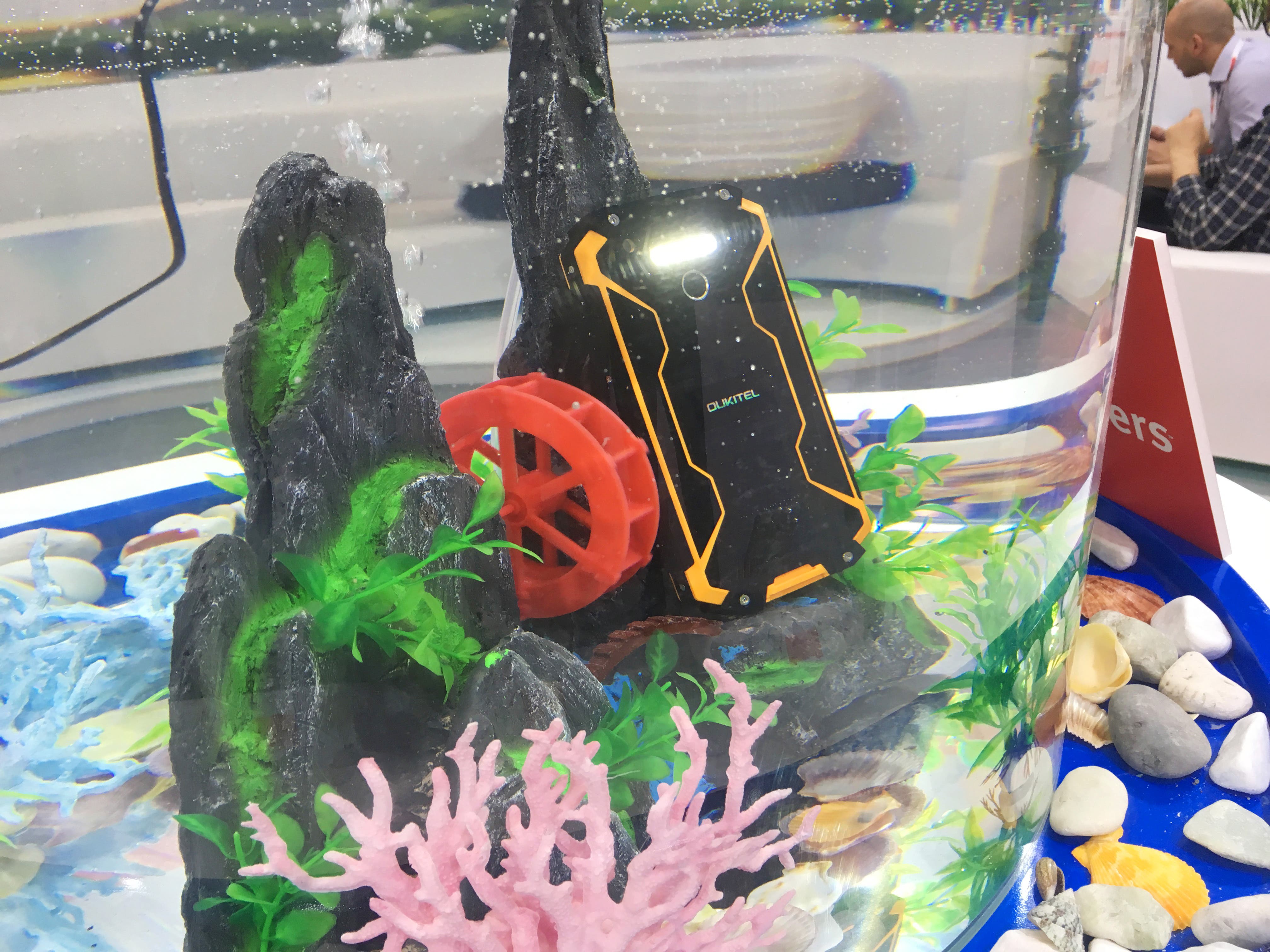 Next there’s the K6000 Plus; the handset has been already released to the market but they are still showing it off with its 12V/2A super fast charging. 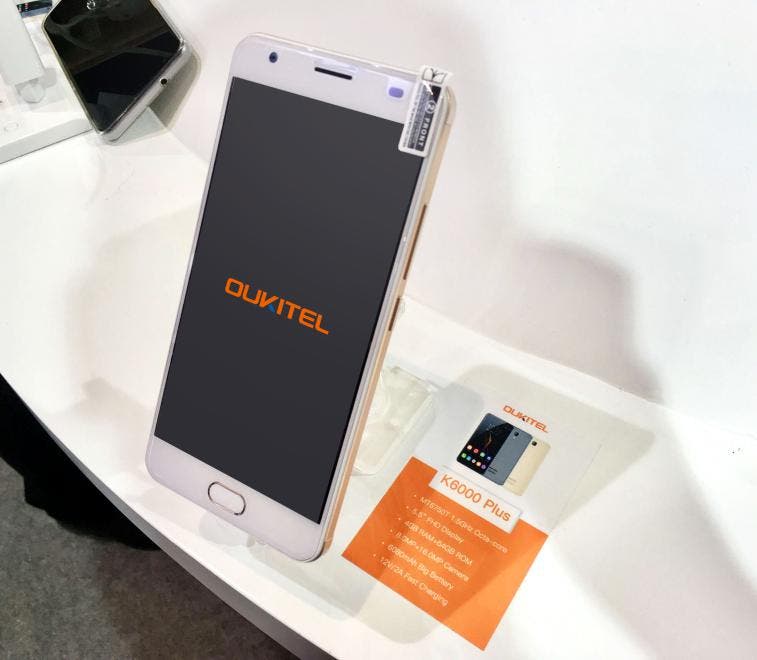 At number four we have the . This will be Oukitel’s first phone with a dual camera setup both on the back and the front of the device. Oukitel had already launched a dual camera phone in 2016 but the shooters were only on the back. Cameras will have a resolution of 8MP for the rear one, paired with a 0.3MP secondary one, meanwhile the front camera will be 5MP also accompanied by a 0.3MP shooter.

Last but not least, say hello to the Oukitel U11 Plus, what you would call a “camera phone” with two 13MP cameras, one on the back and one on the front. The handset will sport a big 5.7-inch Full HD display and be equipped with 4GB of RAM, 32GB of internal storage and a massive 4000mAh battery. Definitely an interesting device.

Once again, we remind you the Global Sources Electronics Exhibition is currently taking place in Honk Kong, so if you’re around you can go pay them a visit.

If you’re interesting in getting a free Oukitel K6000 Plus then check out the Giveaway on their official Facebook page.

Next Tri-bezel-less Elephone S8 with 6.0-inch display hides under an iPhone 6 Plus