It’s time to clarify some myths and specifications for the upcoming rugged Bluboo R1 model, because it finally made an appearance in all its glory during the Global Sources Mobile Electronics fair in HongKong. So now we can be certain about most of the important specs for the phone.

For starters we have to say that as usual they have teased us with higher specs than the phone actually has. In the past they hinted at using Helio X30 chipset and in reality it’s running only Helio P10 and the same can be said about promised Sony IMX318 sensor for the cameras, because im fairly sure the listed 16 Mpix cam (interpolated to 21 Mpix) is not that. So there is certainly some disappointment coming with these reveals. 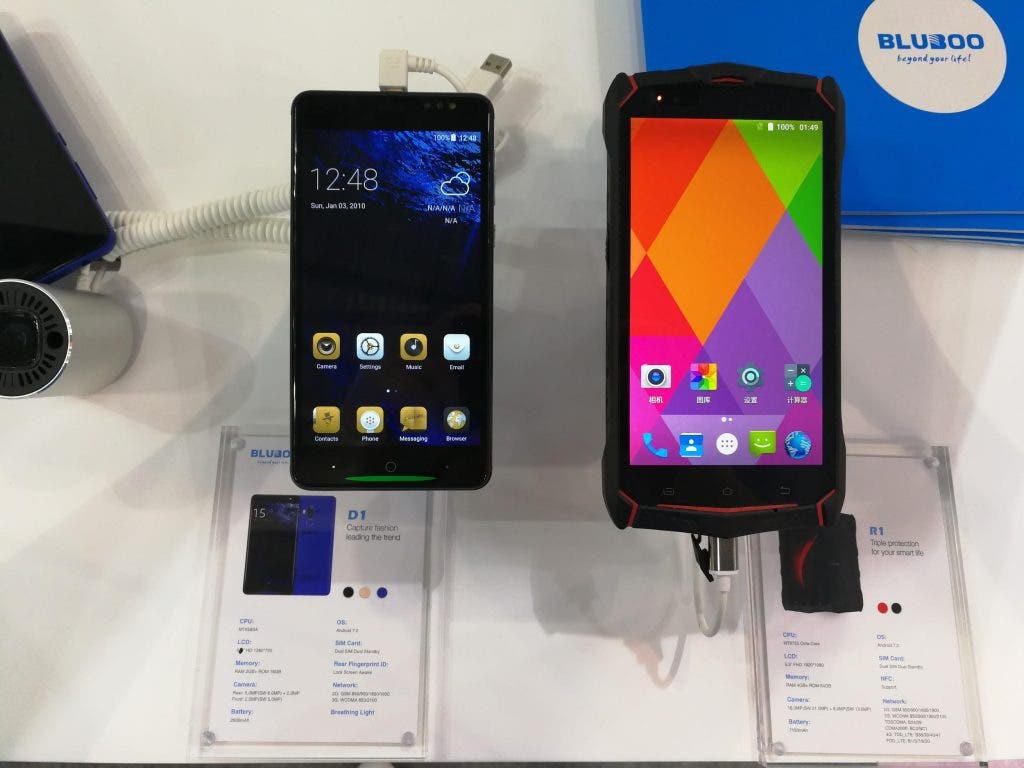 On the other hand the rest of the promised features and specs are present in full force, starting with 4 GB RAM + 64 GB of internal storage, wireless charging support, Android 7.0 Nougat as the OS and of course the ultra sturdy build with the IP68 dustproof, shatterproof and waterproof certification. And to document that they have released the test video with the usual nut breaking and water submerging antics. You can check it below.

So far not a word about availability and pricing, but both should be revealed pretty soon. Even though the Bluboo R1 is not exactly as we pictured it, it could be an interesting rugged device with the “right” price.