We had our first info about the upcoming Samsung Galaxy J3 2017 model back in October, when the device first appeared on Geekbench equipped with a mediocre Snapdragon 430 SoC. 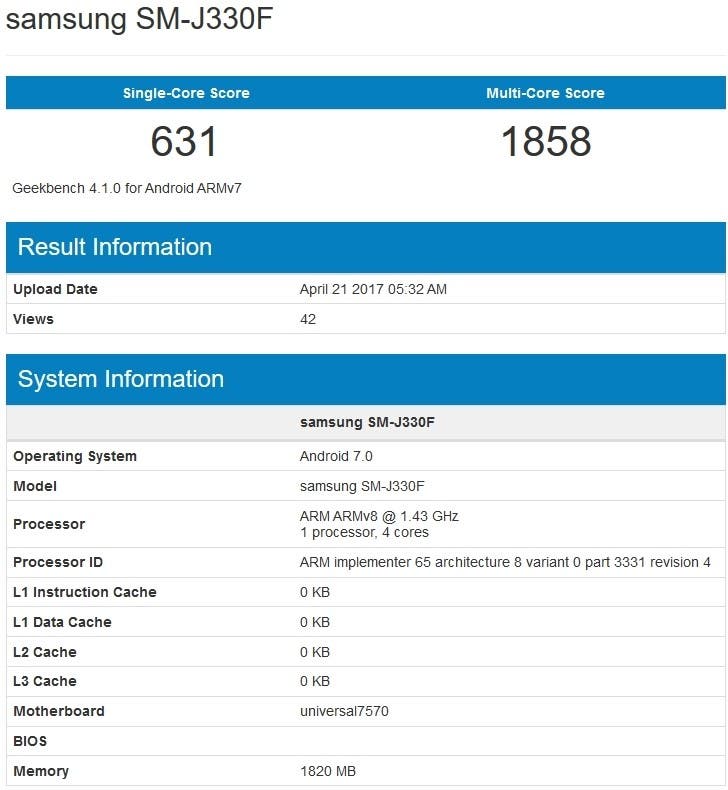 Today however a model with the code number SM-J330F was spotted on Geekbench once again, but this time using an  an Exynos 7570 chipset, instead of the previously-believed Snapdragon 430 one. This possibly means that we will see two variants of the device being available in select markets. In any case I guess you know which one you should choose and… why: the Exynos variants of course, since it’s the one that uses the 14nm FinFET manufacturing process, which drastically improves its performance when compared to the Snapdragon 430 SoC. According to latest rumors, the upcoming Samsung Galaxy J3 2017 is expected to pack a 5 inch HD display, along with 2GB of RAM, 16GB of storage, an 8MPixel main camera and a 5MP selfie shooter in front.

It should pack a 2600 mAh battery and run on Android 7.0 Nougat, but we still don’t know when it’s expected to be officially unveiled.

Next First batch of Xiaomi Mi 6 is ready for shipment, pre orders soar