HTC U 11, the upcoming flagship model of the Taiwanese company made a really impressive appearance on Geekbench recently, with model number HTC CBP. 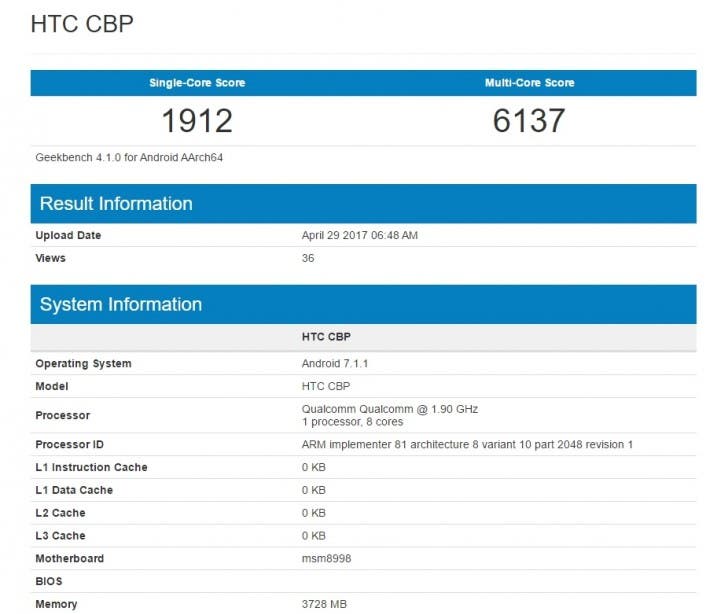 This device went through several benchmarks and comes powered with Qualcomm MSM8998 SoC (a.k.a Snapdragon 835) and runs on Android 7.1.1 Nougat. Its benchmark listing confirms that it offers 4GB of RAM and manages to score 1912 points in single core, which is so far a bit higher than the average Galaxy S8+ score for the same benchmark (1812 points).

Quite promising as you can see, but still we will know more about its performance once the device is officially unveiled next month.

Next Meizu VP: forget about bezel-less smartphones this year