With the dual camera trend catching on, Meizu seems to have finally decided to implement a dual camera system. There have been multiple leaks of the Meizu Pro 7, but the latest render that has turned up on Weibo, shows a dual camera setup on the rear of the Pro 7.

The Pro 7 is Meizu’s alleged flagship of the year. Meizu won’t be the first one to have a dual camera setup on its phone. Many Chinese brands like Xiaomi, Huawei, LeEco and Vivo have long brought phones to the markets with dual cameras. Meizu released the E2 a couple of days back, which had a design aspect that Meizu or any other brand never implemented. This shows that Meizu is finally adopting new design and hardware to compete in the market. 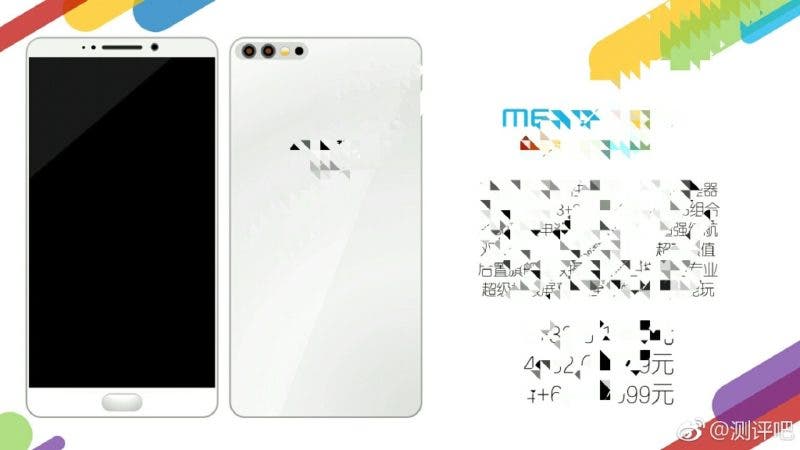 From the leak, it looks like the back will feature a dual camera setup with the camera lens aligned horizontally with the flash on the upper part of the rear. There don’t seem to be any antenna lines running around the back. The front of the device shows thin bezels on the side, with the top housing the earpiece, the front camera and a couple of sensors. The bottom bezel houses the home button which might double as a fingerprint sensor.

There also seems to be some information about the variants of the Pro 7. From what sources say, the Pro 7 will feature a Snapdragon 835, and a 5.7 inch 2K display. The earlier rumours state that the smartphone will feature a single Sony IMX362 12-megapixel camera sensor. The smartphone might be available in variants of 3GB and 4GB of RAM. There is no confirmation as to how true this image is. Stay tuned for more!

Next Forget about Galaxy S8: this is Samsung's true best selling smartphone!