When a new render pops up we generally get rather excited about it, but we’re not so sure about this dual camera render of the Nubia Z17.

The Nubia Z17 recently showed up on GeekBench which gave us all an idea of what the new flagship from Nubia would be running but it didn’t give us a clue at what the design could be.

With the Z17 hitting headlines again it wasn’t too surprising for the leaks to continue and today a render of the Z17 also hit the news, however this image looks rather similar to something we saw a few months ago. The design shows a phone that is very similar to the current Z11 from the front, but with a dual camera module fitted to the rear. Because this image is so old we’re not confident that it’s accurate, but that’s not to say a final launch phone won’t look similar. 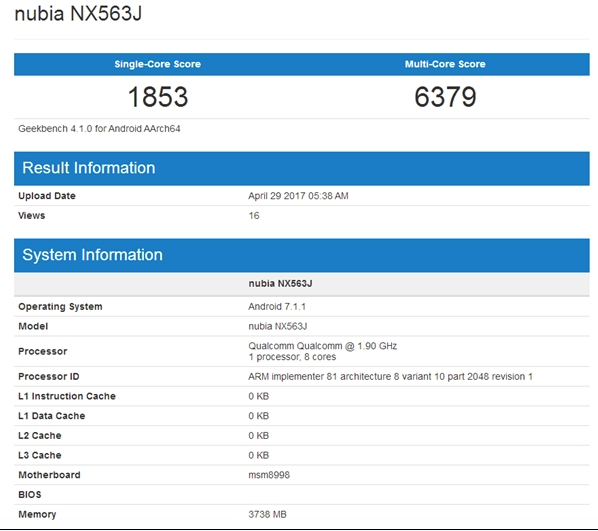 It seems likely that the Z17 flagship will come with a dual camera, the Z17 Mini and Nubia M2 both have this feature after all. As of the rest of the hardware we can only go off what rumours have fed us so far;

Previous Are we in for a surprise with Vernee Thor E sporting E-ink screen ?

Next Pete Lau teases us about the upcoming OnePlus 5