Mother’s day is around the corner and what better way is there to celebrate it with a new shiny phone? Or at least that’s what HOMTOM hopes with the big discounts they’re offering on their phones’ lineup. The models that are available in the promotion are the HT37, HT30, HT20 Pro, HT16, HT10 and HT17; let’s have a quick round-up of their features before linking you to the website. 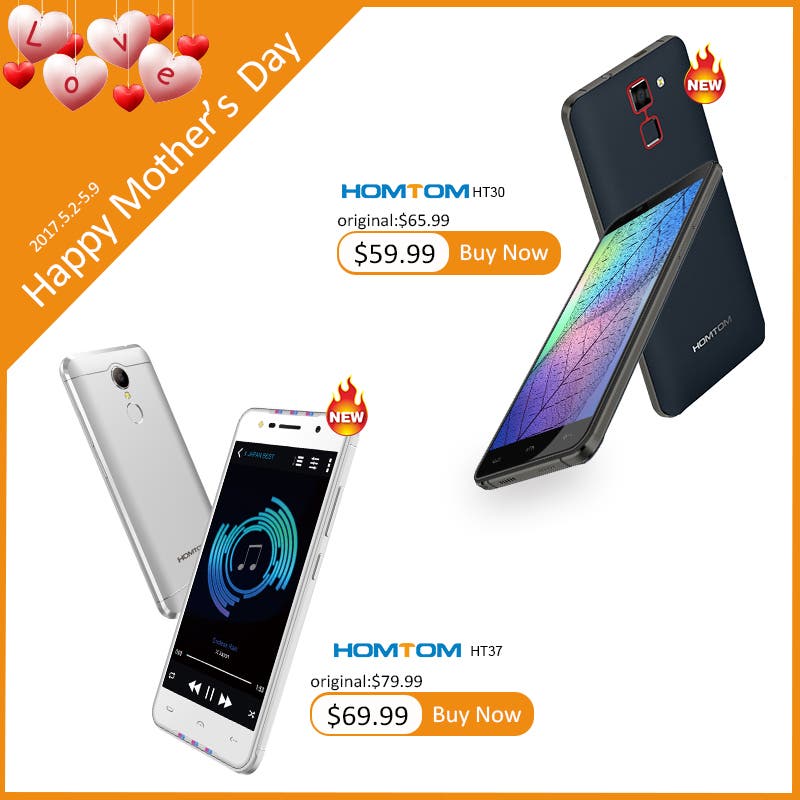 Let’s break the ice with the HOMTOM HT30 and HT37, two of the latest devices from the Chinese phone maker.

The first one — the HOMTOM HT37 — is advertised as a phone aimed at people who listen to a lot of music on their device. The phone does indeed come with a built-in AWINIC chipset and two front speakers, so it does have stereo audio. The speaker grills even feature breathing LED lights, which can also flash along with the rhythm of the music.

The HOMTOM HT30 instead targets people who want a phone with a nice design and good feel to the hands. The phone is indeed covered in a soft elastic rubber which somwhat simulates the skin of a baby. The HT30 is also equipped with a relatively good performing MediaTek MT6580 CPU, so you’ll be able to play games, videos and music flawlessly for the most part. 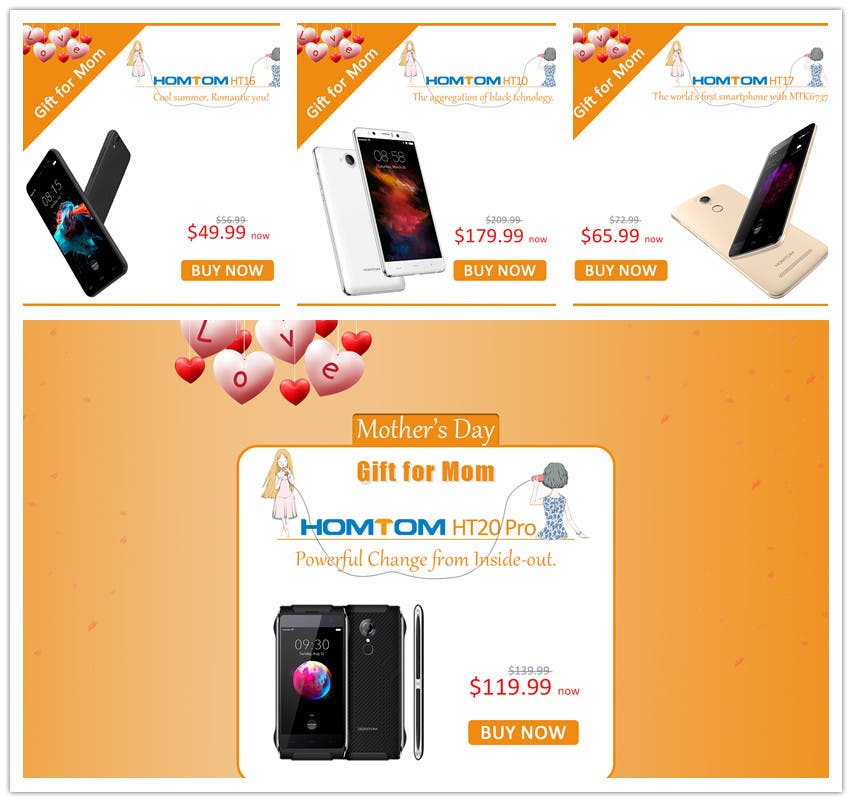 We then have four more phones that are advertised as: 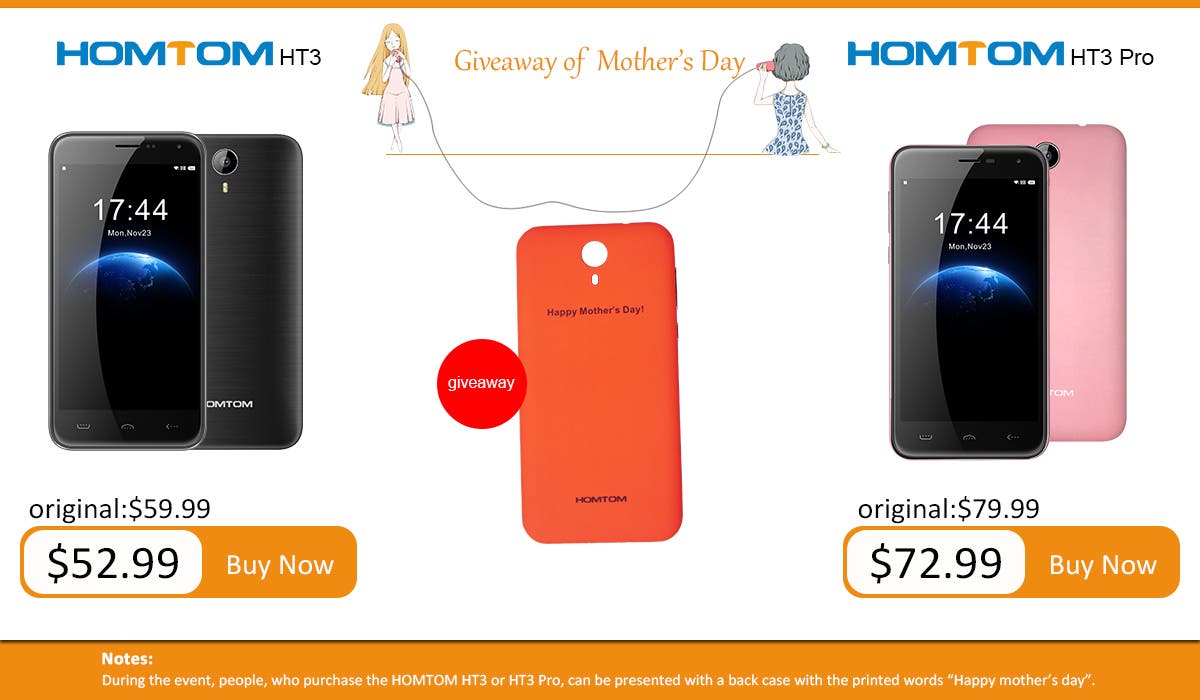 Lastly, HOMTOM are also giving away phone cases for the HT3 and HT3 Pro. If you buy either of them you’ll be getting case with the words “Happy Mother’s day” printed on it.

If you want to know more about these deals, check out HOMTOM’s official AliExpress partner store over here.