The Sony Xperia XZ Premium was one of the first phones announced at MWC(Mobile World Congress) 2017, which featured Qualcomm’s Snapdragon 835. But the Samsung Galaxy S8 and S8+ became the first ones to hit the market with the Snapdragon 835. But the Sony flagship is still not available for purchase. It is likely to make its debut in the latter part of May. A new leak shows the Xperia XZ Premium on Geekbench. 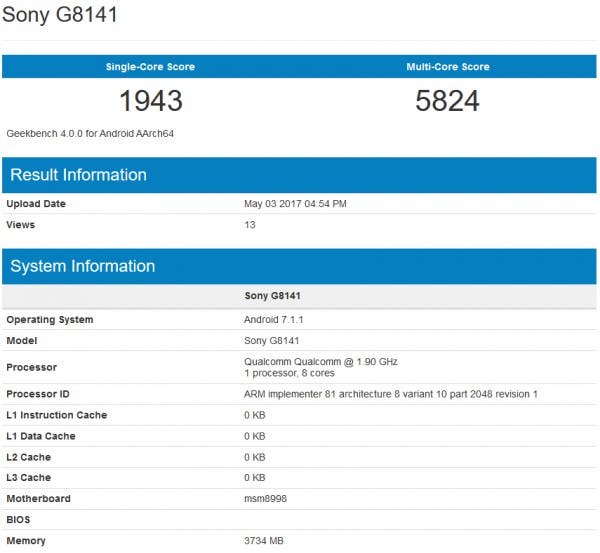 Listed as Sony G8141 on Geekbench, the Xperia XZ Premium runs on the octa-core Snapdragon 835 SoC clocked at 1.9Ghz coupled with 4GB of RAM. The phone features a 4K display with support for a resolution of 3,840 x 2,160 pixels.

Previous MGCOOL Explorer Pro will come with a 2-Year Warranty!

Next AGM X1 Rugged Phone Dropped From A Drone And Survives