ZOJI is advertising their ZOJI Z6 rugged phone as the thinnest IP68 phone on the market, but we think they are missing some other important selling points.

ZOJI is another smartphone maker which only recently began to offer smartphones to the international phone market, and like other brands, this company opted to enter the world of rugged Android phones.

The IP68 smartphone is water, dust and shock resistant, and with the addition of a Corning Gorilla Glass 4 display and tough CNC alloy chassis, the phone certainly has the credentials to match that tough exterior and rugged promises.

What we really like though is the fact that ZOJI has managed to do all of that and also squeeze in a fingerprint scanner, 3000mAh battery and 8 megapixel main camera on a phone that costs only $64.99! 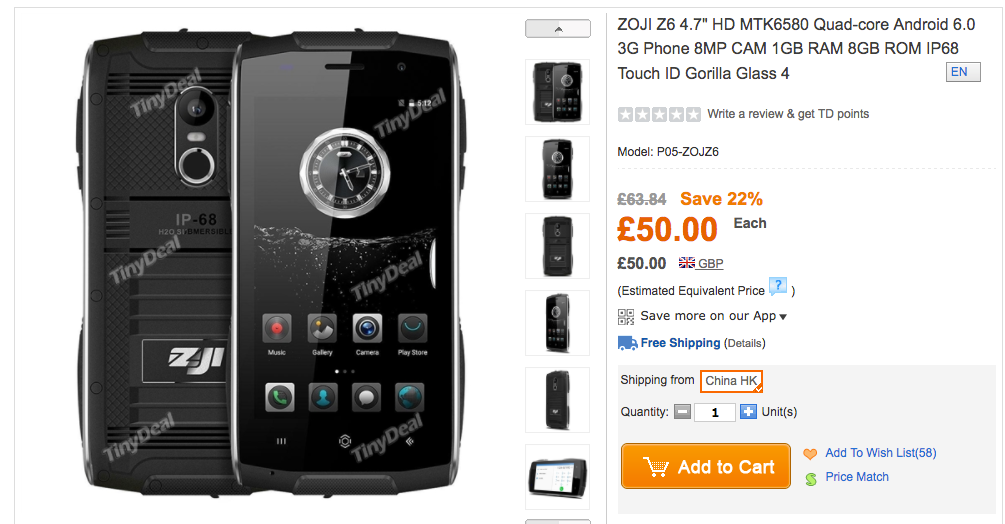 So while ZOJI might claim that the 9.9mm phone is the thinnest rugged handset on the market, we think they should be focussing on that affordable price point instead. If you fancy buying one of these IP68 phones head on over to Tinydeal or Aliexpress for the best deals.