Last month, Xiaomi lifted the curtains from the Mi6, its flagship for 2017. The latest rumor out of the mill is the possibility of the launch of the Xiaomi Mi6 Lite, an affordable version of the Mi6. 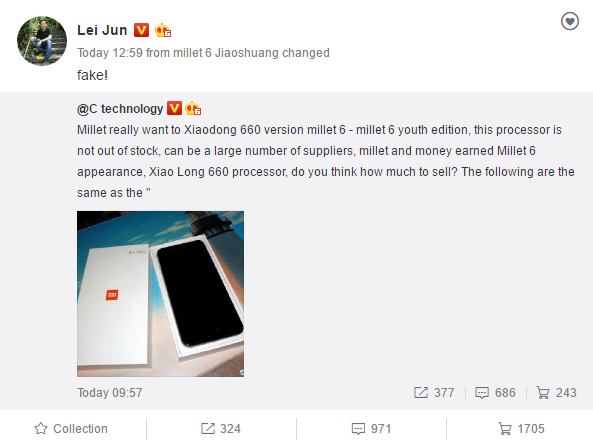 Xiaomi has been known to churn out quality devices at very competitive and low prices. But the Mi6 is currently priced at 2,499 Yuan, more expensive than its predecessor, the Mi5 by 500 Yuan. But Xiaomi seems to be following a different approach this time, by working on a cheaper version of the Mi6. 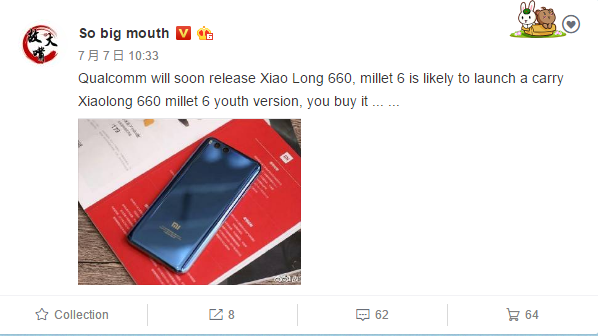 The Xiaomi Mi6 Lite is reported to be sporting the Qualcomm Snapdragon 660, an octa core processor with 4 cores of Cortex A73 clocked at 2.2GHz and 4 cores of Cortex A53 clocked at 1.9 GHz. There might be support for 2-channel LPDDR4X RAM working at 1866MHz, UFS 2.1 storage and Quick Charge 4.0 along with X10 LTE connectivity. The 660 might use Samsung’s 14nm LPP process, meaning that the processor will be big on power efficiency and heat control.

The Xiaomi Mi6 rumor comes amidst the impending launch of the Snapdragon 660, which is going to be unveiled tomorrow. Except the chipset, there have been no leaks or news of the Mi6 Lite yet. The Mi6 Lite might be a good option for folks who do not want to spend more than 2,000 Yuan on their smartphone. Stay tuned for more!