Recently, Xiaomi unveiled the Mi6, it’s flagship for 2017. About two months ago, the Xiaomi Redmi 4X was unveiled in two variants, 2GB RAM/16GB ROM and 3GB RAM/32GB ROM. And now, it has upgraded the Redmi 4x to 4GB of RAM and 64GB of internal storage. Now you have 3 variants of the Redmi 4X to choose from. 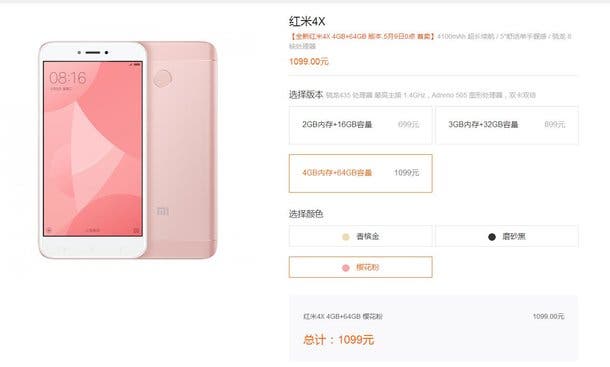 The Xiaomi Redmi 4X is a phone aimed at the lower to mid range markets. But it boasts of some really​ good specs. It is powered by an octa core Qualcomm Snapdragon 435, coupled with a massive 4100mAh battery that gets it easily through two days easily. The front has a 5 inch 720p display with a 2.5D glass on top. 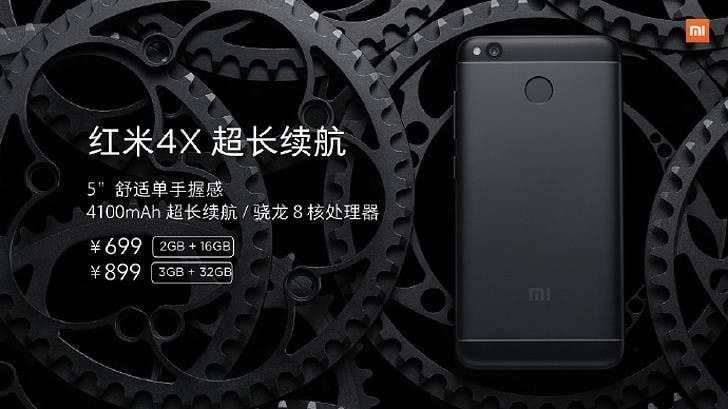 In the camera department, the Redmi 4X has a 13MP sensor with f/2.0 aperture, 5P lens, PDAF and LED flash in the rear, while the front has a 5MP shooter with f/2.2 aperture.

There is no change in the design of the phone. It features the same candy bar design. The fingerprint​ sensor lies on the back with the front featuring the capacitive navigation buttons.

Next Xiaomi Mi 6 first tear down video is up, shows how easy it is to fix it