It seems that ZTE officials accidentally (?) published yesterday an official listing of the Nubia Z17 flagship in Nubia’s website and quickly rushed to remove it after a few minutes. However someone managed to take a shot of the PC display before it was removed and posted it online – obviously. 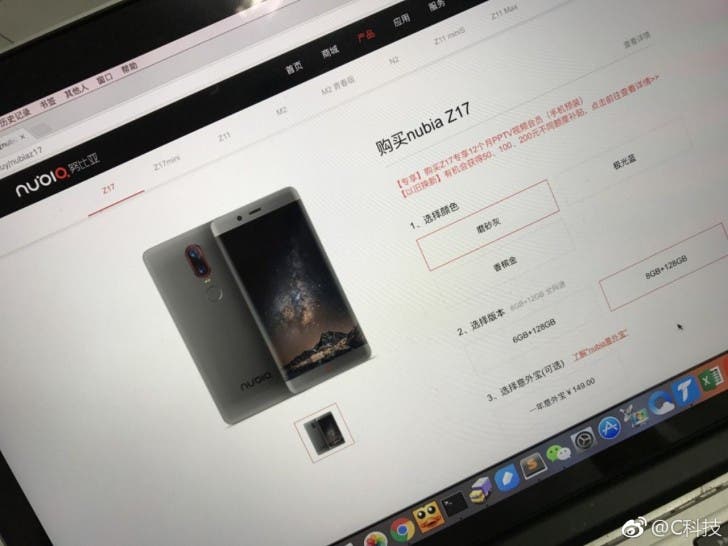 First of all we can get a glimpse of the upcoming model’s design, and its vertically stacked dual camera on the back, with a fingerprint scanner placed just below. One thing we can also notice is the dual edge display it will have, with virtually no side bezels at all.

The specifications from the leaked screenshot also confirm that the upcoming flagship model will be available in two memory configurations in the Chinese market: 6GB+128GB and 8GB+128GB and in three color variants: frosted gray, aurora blue and champagne gold. Rumors insist that it will be also equipped with a Snapdragon 835 SoC and that it will be unveiled during the coming days in China.