A mystery Nubia smartphone equipped with a Qualcomm Snapdragon 835 SoC appeared today on AnTuTu’s Weibo page and revealed some of its technical specs. Obviously, we have reasons to believe that this phone is the purported Nubia Z17 flagship, scheduled to be unveiled soon, in the coming weeks. 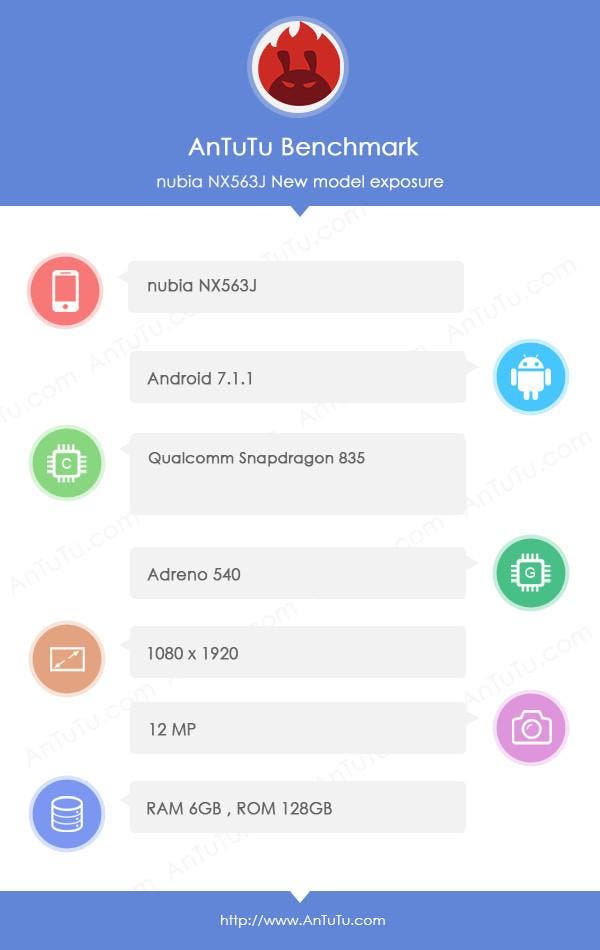 According to its listing, the device uses a Snapdragon 835 SoC as “engine”, backed by 6GB of RAM and a massive 128GB of internal storage. The Nubia device relies on an Adreno 540 GPU and runs on Android 7.0 Nougat, while offering a 5,5 inch display with 1920×1080 pixels resolution.

According to rumors, the most awaited model was expected to pack a dual lens camera, but the AnTuTu listing reveals just one main camera with a resolution of 12MPixels. Obviously we’ll just have to wait and see the official unveiling to sort this out. Seeing an upcoming device appear on AnTuTu usually means that a launch is imminent and we’re ready for it.

Previous OnePlus 5 appears on Geekbench, beats Galaxy S8 and others

Next NO.1 G8 Smartwatch to feature SIM Card Slot and Power Saving Modes