GSMArena received an exclusive screenshot from a credible source (so they say) that presumably reveals the Geekbench benchmark results of the most awaited OnePlus 5 and, boy, it looks awesome! 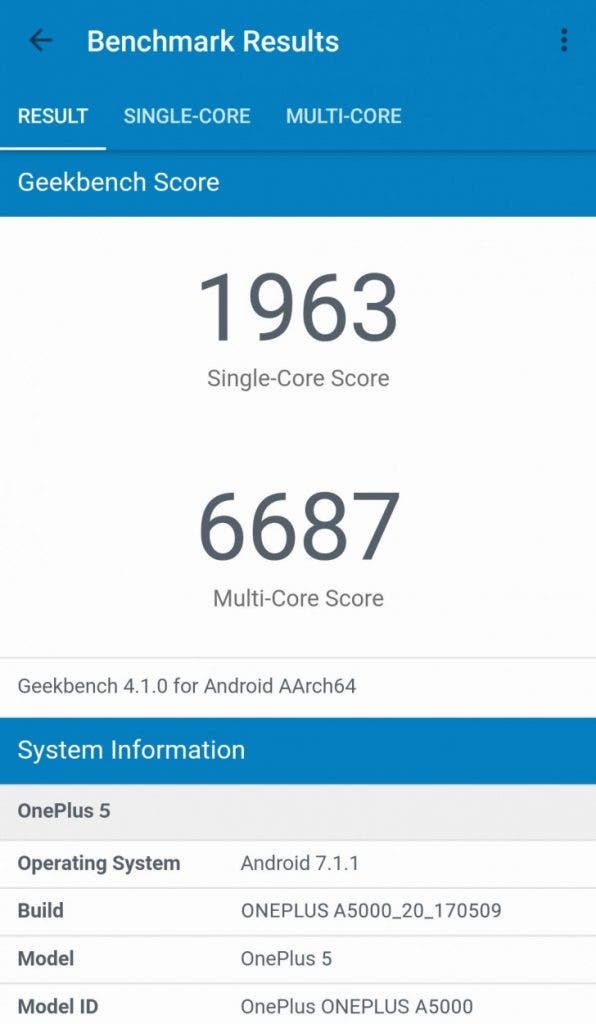 According to the listing, the OP5 gets an impressive score of 1963 (single-core) and the massive 6687 score (multi-core), topping the GeekBench 4 list. But how well does this phone do against fierce competition from – let’s say- Galaxy S8 and Sony Xperia XZ Premium? 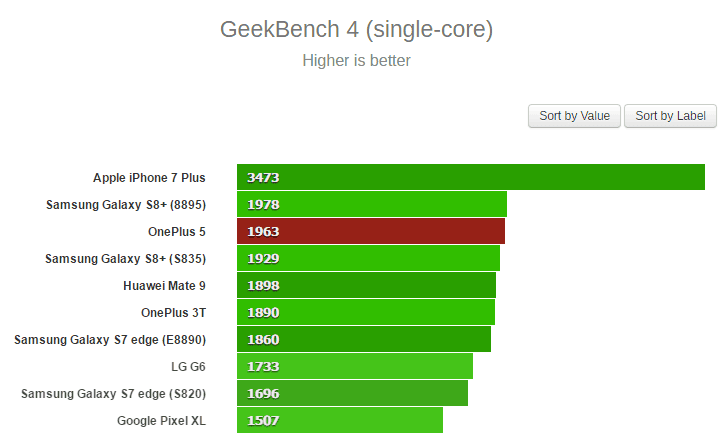 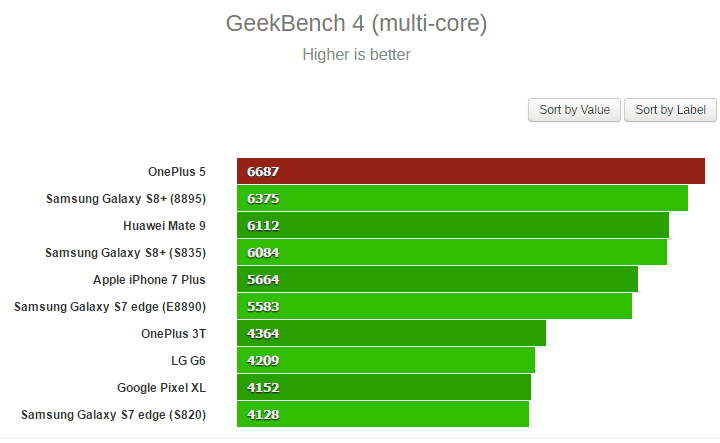 However we have no idea what type of software the device was running on, if it had official ROM etc. What we do know, is that we’re talking about a very – very powerful beast coming up our way!