Yesterday, there was a leak that hinted towards the OnePlus 5 sporting a single Sony IMX398 sensor. Before that another leak said that the OnePlus 5 will sport a horizontally aligned dual camera setup. And the latest rumor off the mill, backs the earlier leak.

There have been claims made by Kumamoto Technology on their Weibo posts that the OP 5 will sport a horizontal dual camera setup. In a surprising turn of events, it seems that there might be truth to these claims. 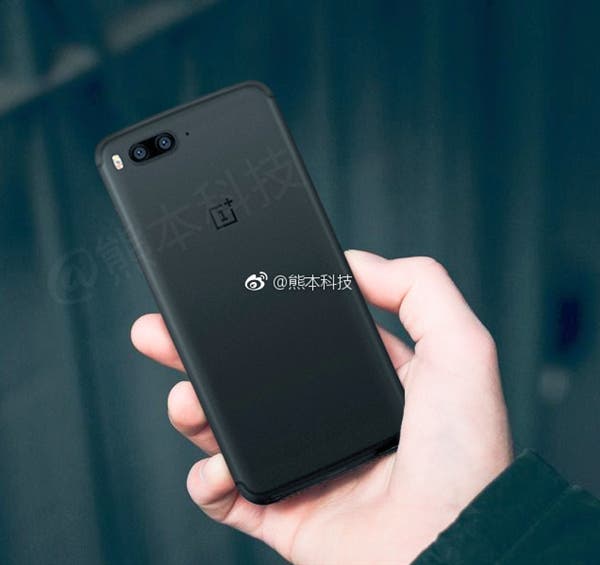 The latest image that has popped up shows the dual camera setup on the rear of a OnePlus device, rumored to be the OP 5. Will major smartphone manufacturers choosing to implement a  dual camera setup, there won’t be any surprise if the OP 5 comes  with the same. The Xiaomi Mi6 and the upcoming ZTE Nubia are examples of some of the smartphones with dual camera setups.

The image shows a horizontally aligned dual camera setup with the LED flash on the left side  and antenna lines running on the top and bottom of the rear, much like the recent iPhones. The LED flash seems to be dual tone in nature. The OnePlus logo lies slightly above the middle of the phone.

Since there is no fingerprint sensor on the back, we expect a home button on the front that doubles up as the fingerprint sensor. The color of the phone is matte black and it seems to have a metal body, thanks to the antenna lines running around the back.

Will the OnePlus 5 really have a dual camera setup? Only time will tell!

Previous Snapdragon 660 pops up on Geekbench, does not disappoint

Next MGCOOL Explorer Pro: Real Life Use Scenarios in Photos