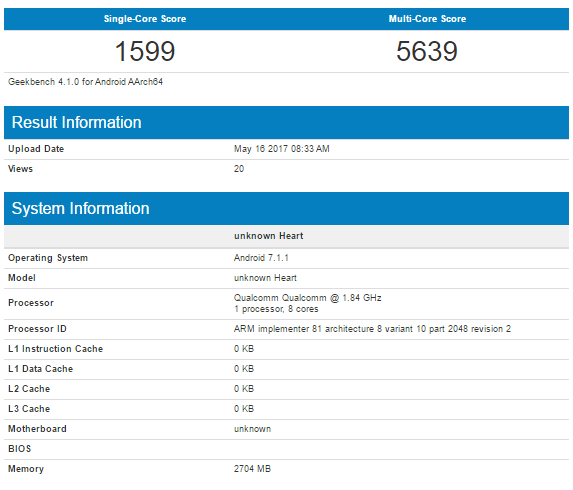 The Snapdragon 660 popped up on the benchmarking site, Geekbench, where it showed off its prowess. In the multi core test, the chip scored 5639 points whereas on the single core test, it scored 1599 points while clocked at 1.84GHz.

If compared to the performances of the phones like Xiaomi Mi 5S and Mi 5S plus, both of which run the Snapdragon 821, the difference is not much. In the single core test, the SD 660 gives a tough competition to the 821 chipset run phones. It does not lag far behind in the multicore test too.

This means that even though the SD 660 is a capable mid ranger, it falls far behind when it comes to the SD 821 which scores a whopping 2143 on the single core test.