It will be just awesome if this turns out to be true: it seems that the upcoming Xiaomi Redmi Pro 2 model appeared for a moment in Xiaomi’s official page and then was removed, but not before we could take a screenshot of it! 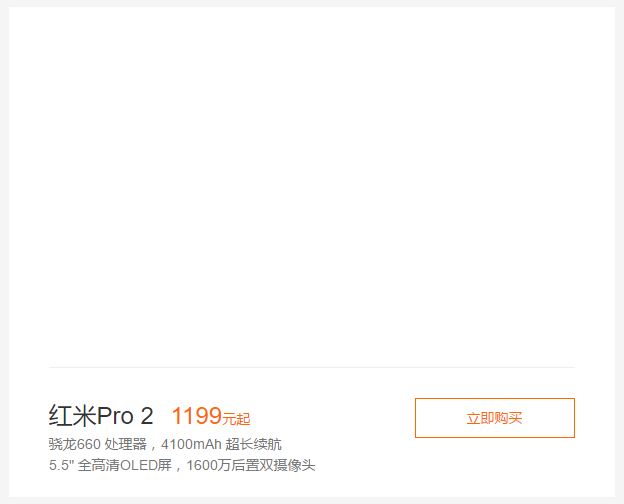 According to this, the device is expected to use Qualcomm’s latest mid-range chipset (Snapdragon 660 SoC), a CPU that has impressive benchmark results so far, better than last year’s Snapdragon 821 flagship model! It will also pack a 5,5 inch OLED display with full HD resolution but it will stick to a 16MP single lens camera on its back (unlike Redmi Pro’s dual camera).

This year’s model is expected to launch soon, so you’d better be ready to grab it!

Next Nubia Z17 "leaks" in new images, confirms it has IP67 certification!