A new set of OnePlus 5 renders leaked earlier this weekend and they show the device “hidden” inside a snap-on dark blue case with a purple hue. 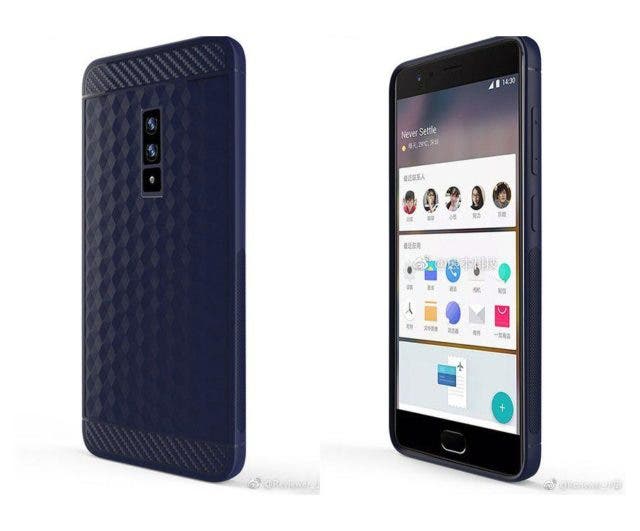 However there are still a lot of things we can see, such as the dual camera setup on its back, with the two camera lenses being placed vertically, along with a front facing fingerprint sensor just below the display. This seems to be in line with what we’ve recently heard, although given the design of the OnePlus 3T, we guess it doesn’t really come as too big of a surprise.

Recent rumors suggest that the OnePlus 5 will ship with 8GB of RAM and 64GB/128GB of internal flash memory. It will be equipped with a Snapdragon 835 SoC by Qualcomm (housing eight Kyro 280 cores clocked at a maximum frequency of 2.45GHz and the Adreno 540 GPU) and it will run on Android 7.1.1 Nougat.

So far there are no more details on the device, but we will surely know more in the coming days, given the fact that the OnePlus 5 will be officially unveiled in June.

Next Xiaomi Mi6C appears on GFXBench with Snapdragon 660 SoC