It’s been a few months since the sales of phones sporting the Snapdragon 835 have started. And there’s already leaked reports of the upcoming Qualcomm Snapdragon 845. The next flagship processor will be manufactured using the 10nm LP fabrication process coupled with ARM’s brand new Cortex A75 and Cortex A55.

There are two types of octa core processors on the market. The normal octa core processors, which follow the more common BIG.little architecture and the “True octa core” ones that follow an approach where all the cores are fired up to do the needful tasks on a smartphone. 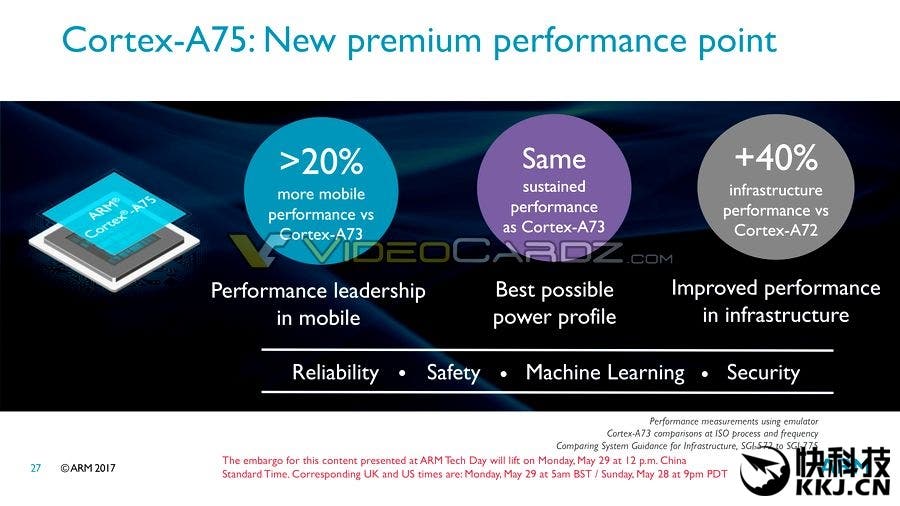 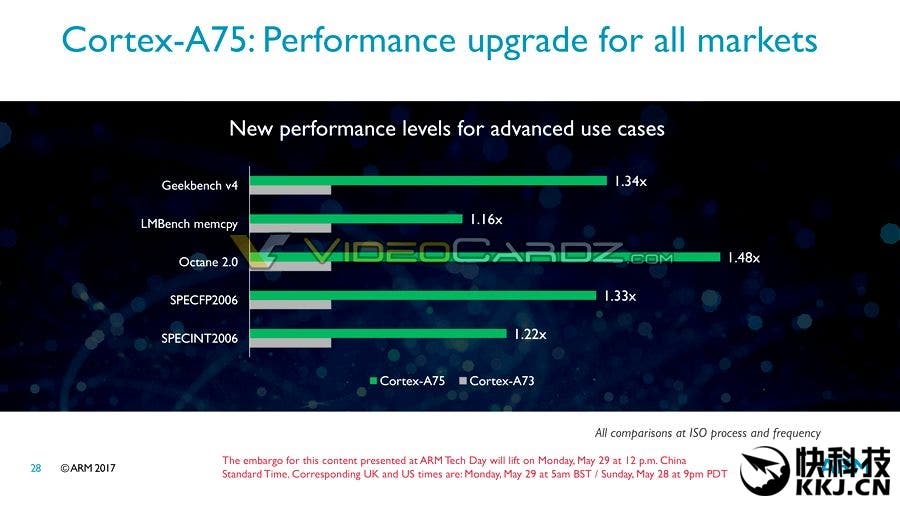 The graph from Geekbench 4 shows a 34% increase in the performance of the A75 over the A73. 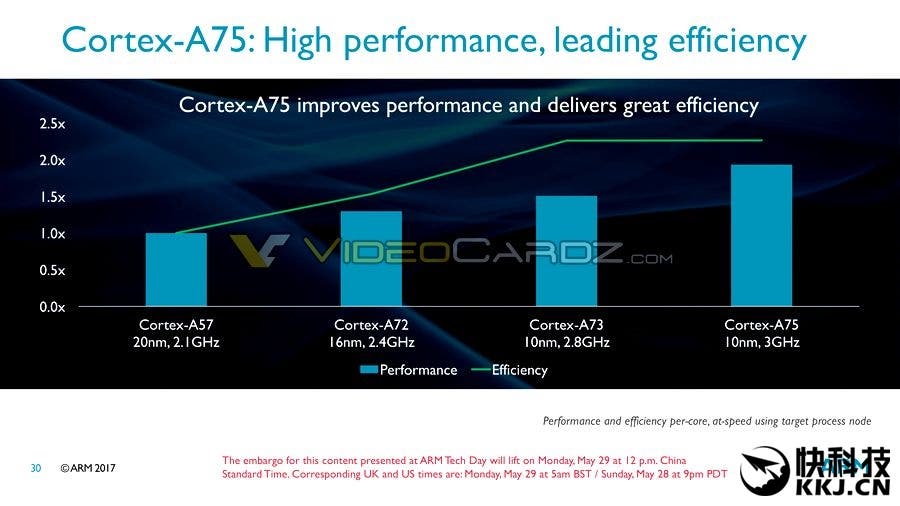 The goal is to reach a perfect performance to efficiency ratio. Even if the processor has great clock speeds, there really is no point if it cant be efficient in utilising raw power. The Qualcomm Snapdragon 845 boasts of a 20-30% performance and efficiency boost over the 835. 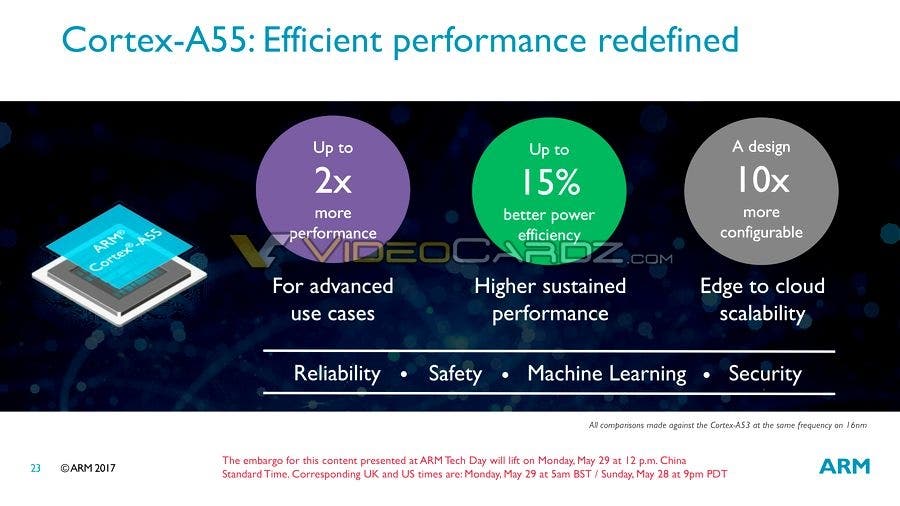 The Coretx A55 is touted as offering up to 2 times more performance, 15% better power management and a 10 times more configurable design. As compared to the A53, the A55 has received some major upgrades. 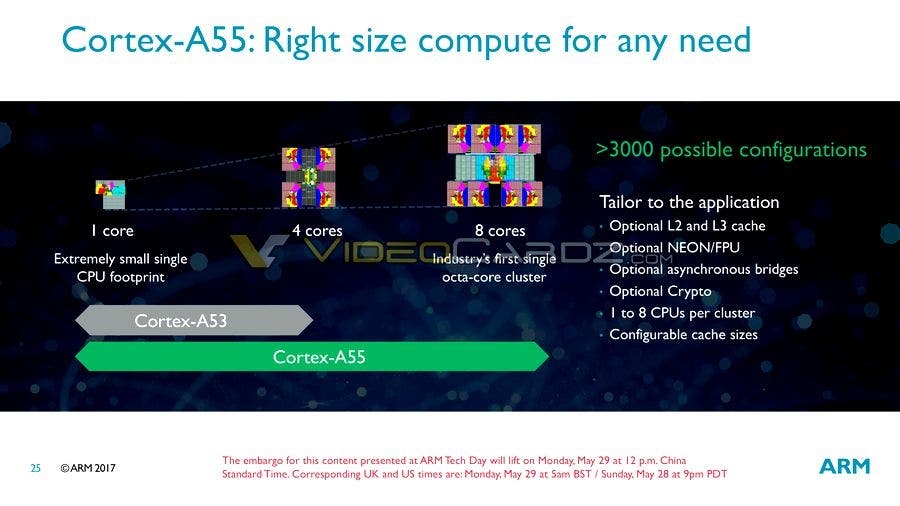 The best part, it’s highly scalable. In one cluster of an octa core processor, you can fit in 4 cores, with each cluster communicating using a separate bus. But in the next gen chips, there won’t be a bus and this will allow for clusters of 8 cores, meaning a 16 core chip or even more. 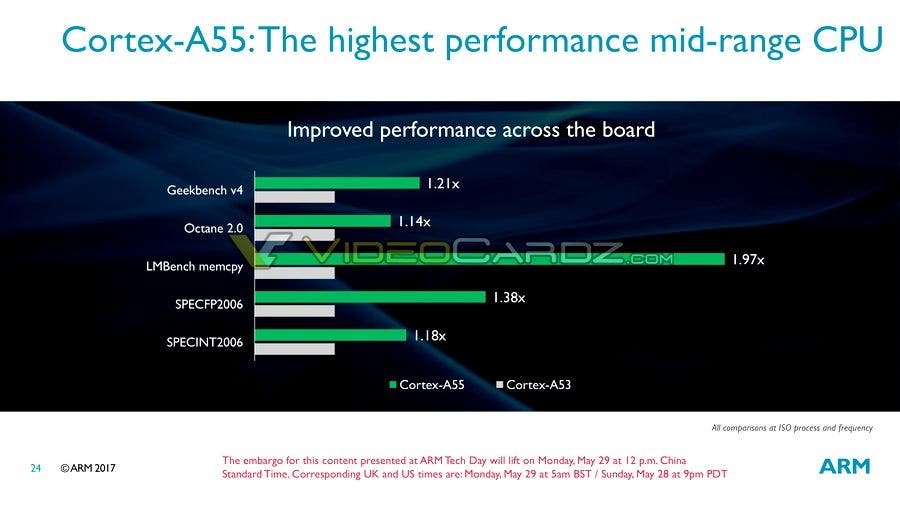 Touted as the highest performance mid range CPU, the A55 provides a 21% clock boost over the A53.

With these factors in consideration, we might see an increase of about 30% in the performance as compared to the 835.