Samsung have announced a 6GB RAM version of the infinity display-powered Galaxy S8+ in Japan.

The country is the newest to get the 6GB RAM edition of the smartphone, which happens to be a rather rare occurrence at the time of writing this article. 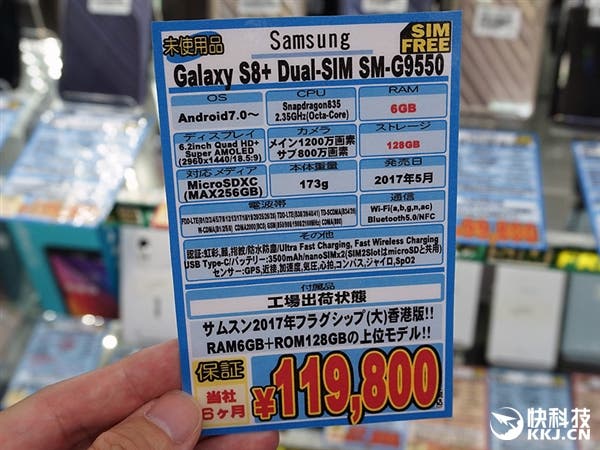 In Japan, Samsung will be selling this 6GB RAM edition of the S8+ (called the Galaxy S8+ Emperor Edition) for ¥119,800, which translates to about $1075. Buyers in the country will be able to purchase the device in three colours, namely Orchid Gray, Coral Blue and Midnight Black.

It’s worth noting that the same device is only available in Midnight Black in China.

The S8+ happens to be the ‘elder brother’ of the fantastic S8, and comes with a 6.2-inch display. Despite the size of the screen, the aspect ratio combined with the lack of bezels makes the phone pretty much usable in one hand.

Also, it comes with 128GB on board storage and the Snapdragon 835 SoC.

Next OnePlus announce referral program ahead of next launch