The Blackview A9 Pro is one of the many budget devices to come out of Blackview recently; and with budget devices like these, you can expect a metal body and entry level performance for a low price.

The A9 Pro looks pretty unremarkable in many respects. Specifications are nothing special, with a varied assortment of other phones boasting almost the exact same specifications. The price of this phone doesn’t do much to excite either, with more powerful phones to be had for $10-15 more. It does boast a dual camera setup and a USB-C port which are uncommon in this price range, but will these two features be enough to push this device ahead of the pack? Let’s find out.

Big thanks to Blackview for providing this review unit. You can buy one here. 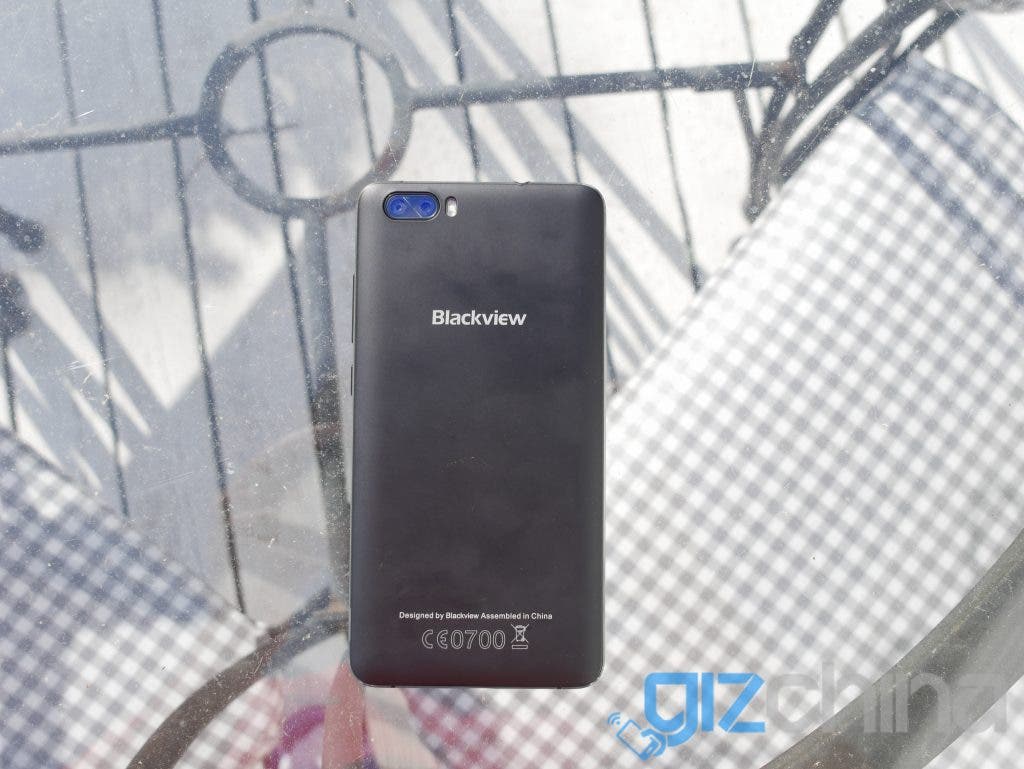 The A9 Pro features a metal frame surrounding a rubber back and glass front. The rubber back imparts grip while the frame relays a more premium feel than what you would expect. No, it’s not full metal as is becoming more common in this price range but the body does not fall behind the competition. The phone is a little bulky for a 5” device, weighing 175g and measuring in a good bit larger than other more compact 5” phones like the Zuk Z2 or Redmi devices. 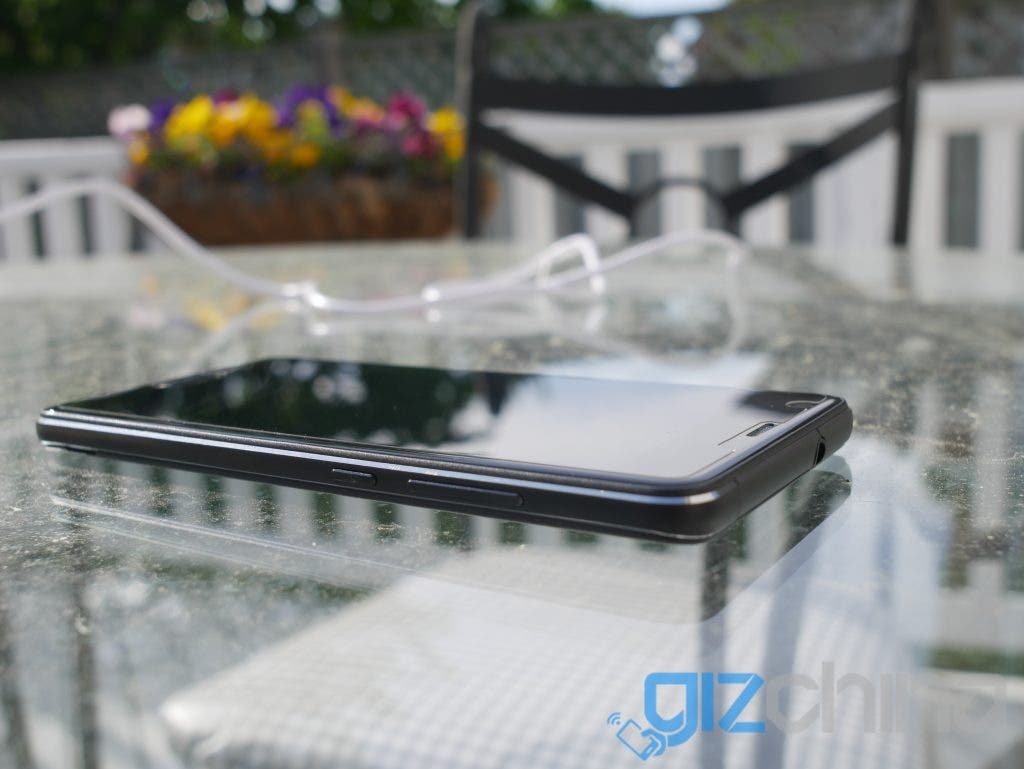 The A9 Pro could definitely do with some slimming down (as do I), the phone exceeds 9mm, quite thick for a phone with a regular sized battery. In addition, there is significant bezel around the screen, especially for a 5” phone. There is also a USB-C port flanked by a speaker grille and a microphone along the bottom edge of the phone. Blackview has strangely decided not to include capacitive buttons beside the home button which forces all offscreen interaction into the home button. You can turn on the navigation bar for more nuanced interaction but you can squeak by with just the home button. 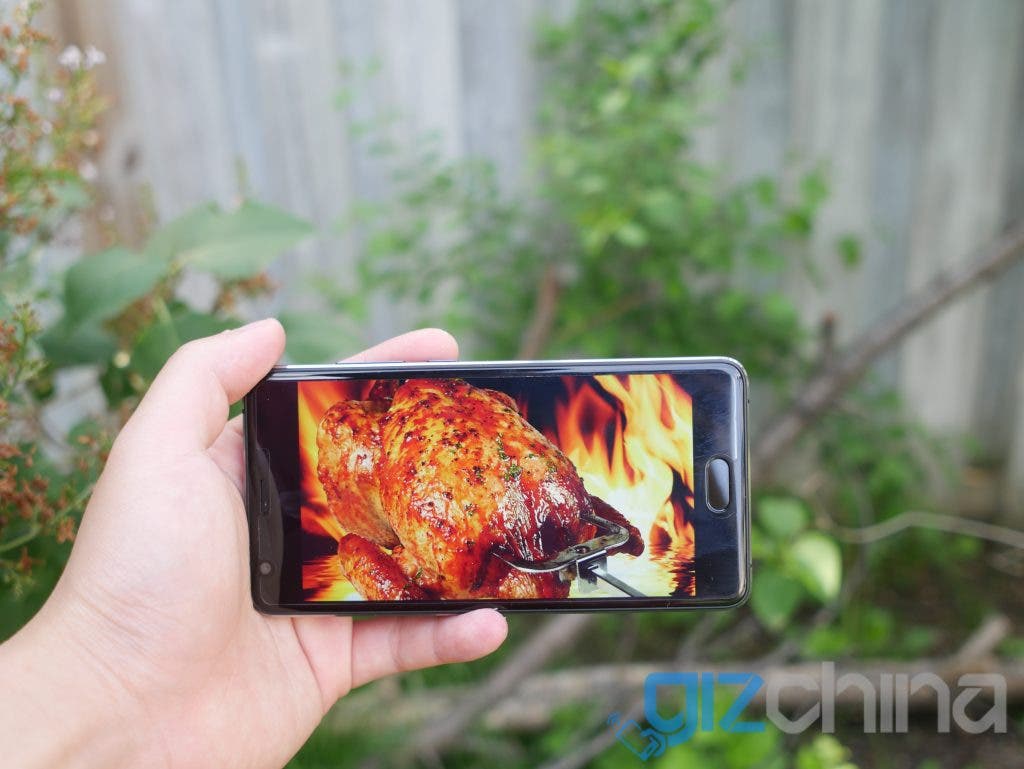 Blackview has chosen a 720p IPS panel by AUO and also talk quite a large game about the zero air gap in the panel, something that would theoretically increase contrast and reduce reflections. In practice though, I found the former false but the latter true, with the screen producing some good colours and decent contrast, but nothing too amazing. The zero air gap does reduce reflections but it doesn’t cut them out all the way. Max brightness is around 400 nits, adequate, but not excellent. 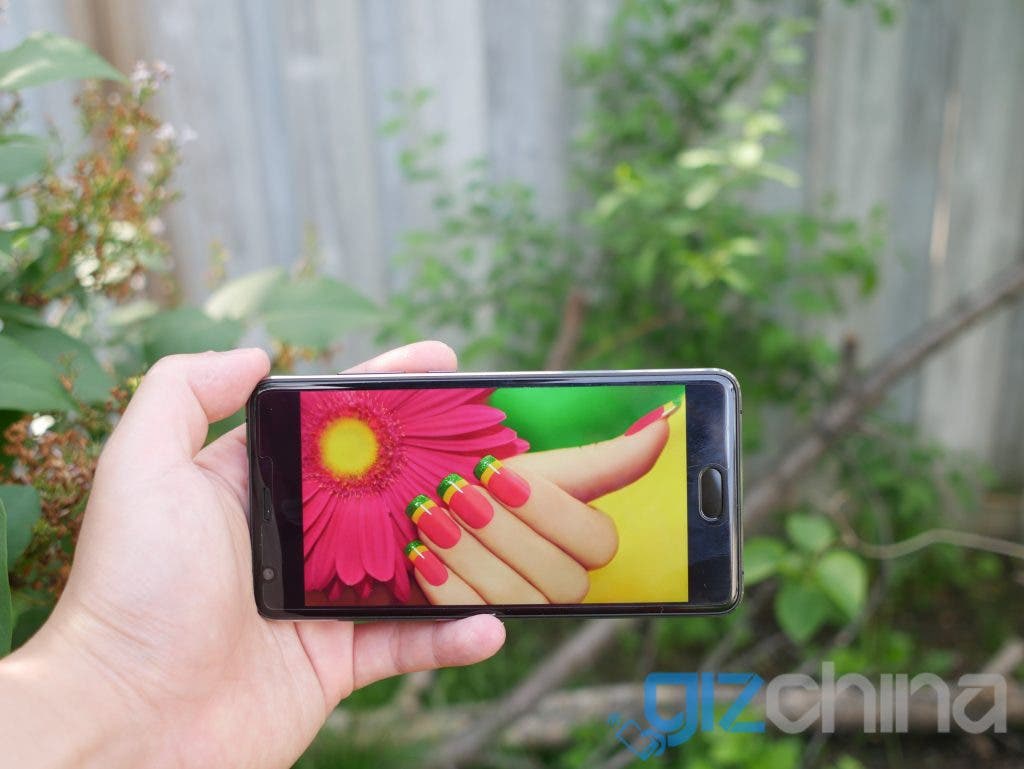 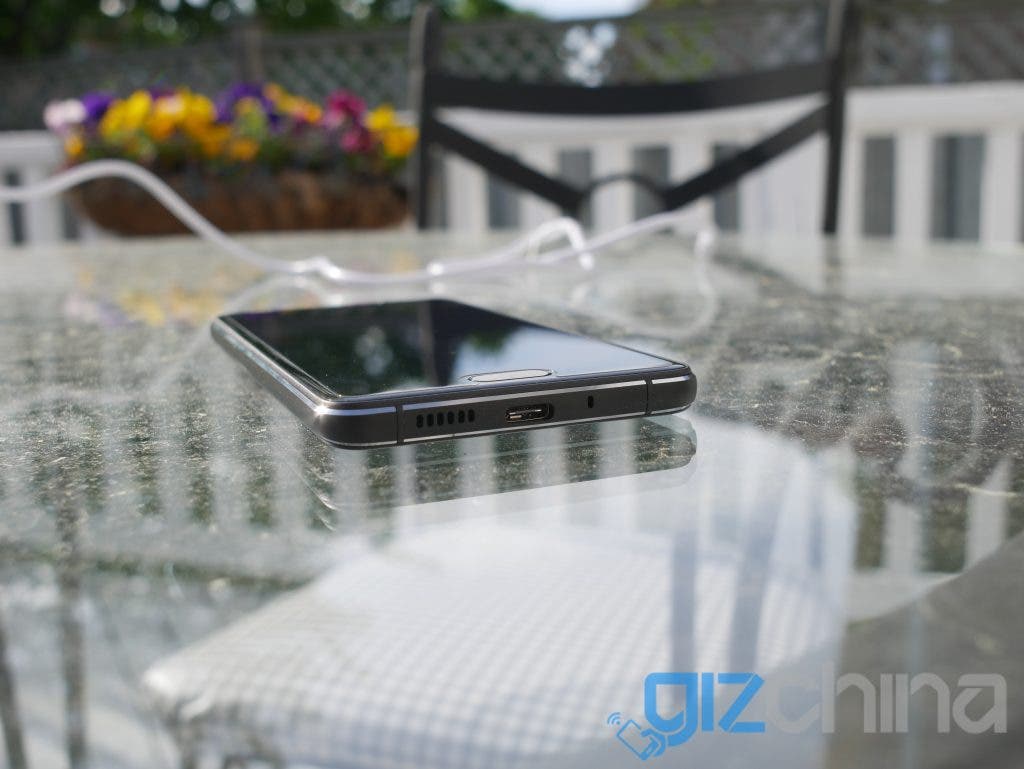 There is a single speaker on the bottom of the phone that pumps out some average volume and average quality. I had trouble hearing the speaker in loud environments and there is a lack of bass, something I’ve come to expect in budget devices such as these.

The 3000mAh battery struggles to keep up with a full day of heavy use, which is to be expected for a typical battery size like this. Nevertheless, I obtained close to 4 hours of screen on time over a 16 hour day which is respectable and falling short of good. This use consisted of web browsing, quite a bit of Facebook, texting, and some Youtube. Definitely not the heaviest use, and by the time 10pm rolled around, I was at 6%. Heavy users will struggle greatly to get through a day without a charger while medium and light users will find the battery life sufficient. 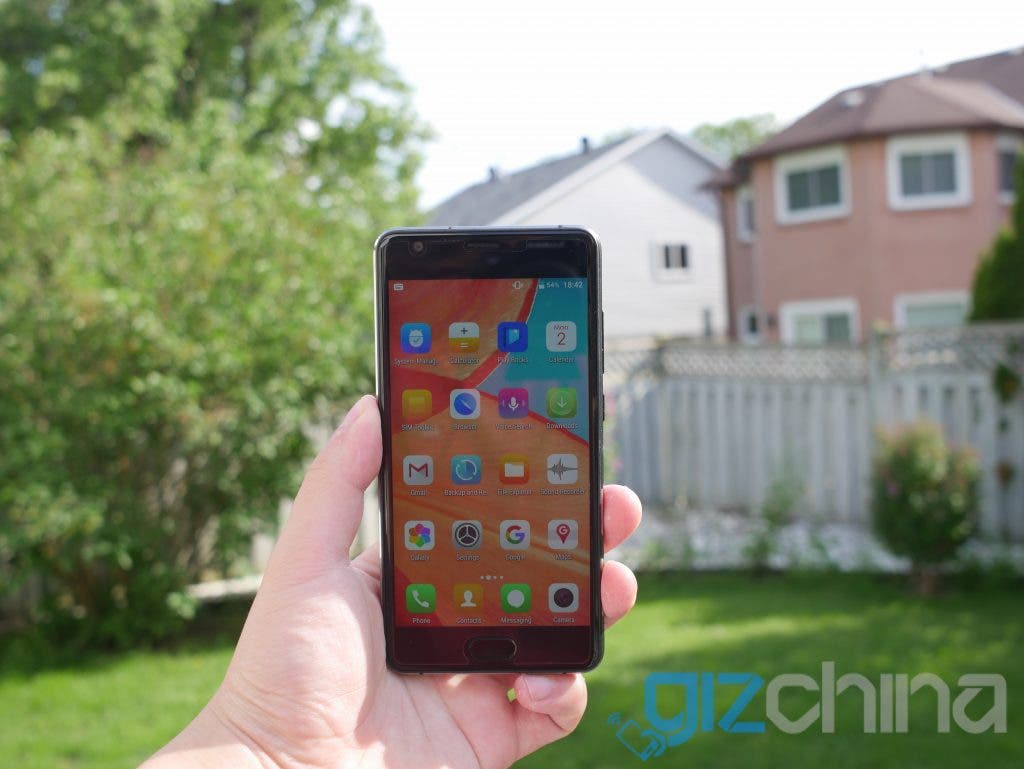 What a surprise! We find the latest Android 7.0 Nougat preloaded on the A9 Pro, and general use is pretty smooth. Swiping between home screens is pretty smooth, but where we start to see the limitations of the hardware is launching apps and multitasking. I do see some hesitation when tapping on apps before they are completely launched. Multitasking was challenging as well, with the 2GB of RAM filling up quite quickly. Compared unfairly to my Xiaomi Mi6, the A9 Pro is noticeably slower when doing anything that concerns applications, but it doesn’t fall far behind when doing things like swiping between home screens etc.

The phone games surprisingly well, with the MTK6737 pushing games quite easily on the 720p screen. I could play even the most intense games without any lag, quite an accomplishment on a budget phone like this.

Ensure this phone works in your specific carrier before you make a purchase. I was able to obtain 4G and speeds on 4G are decent but not great. WiFi range is a little short, 3 storeys up from my router and speeds slow down to a crawl. Bluetooth does work fine, and GPS is fairly inaccurate as well, jumping around a great deal.

The primary rear camera takes barely average pictures in good lighting conditions. The 8MP camera struggles to capture sufficient detail, but at least colours here are reproduced quite nicely. The already average photo quality takes a steep dive as light becomes less abundant, with noise and grain multiplied almost exponentially. The secondary rear camera doesn’t help either, it adds a faux bokeh effect to the photo, but the photo quality wasn’t good in the first place. 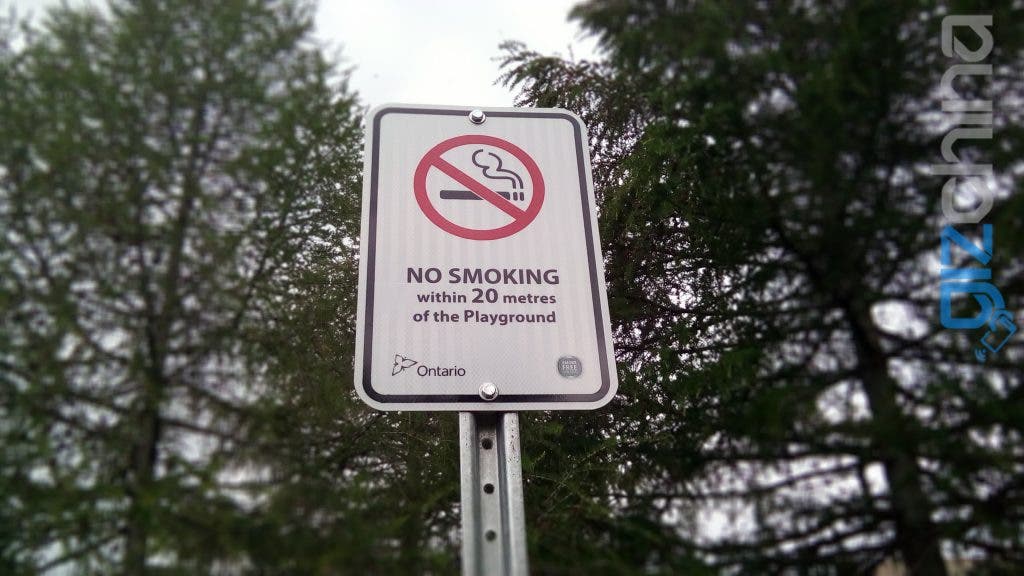 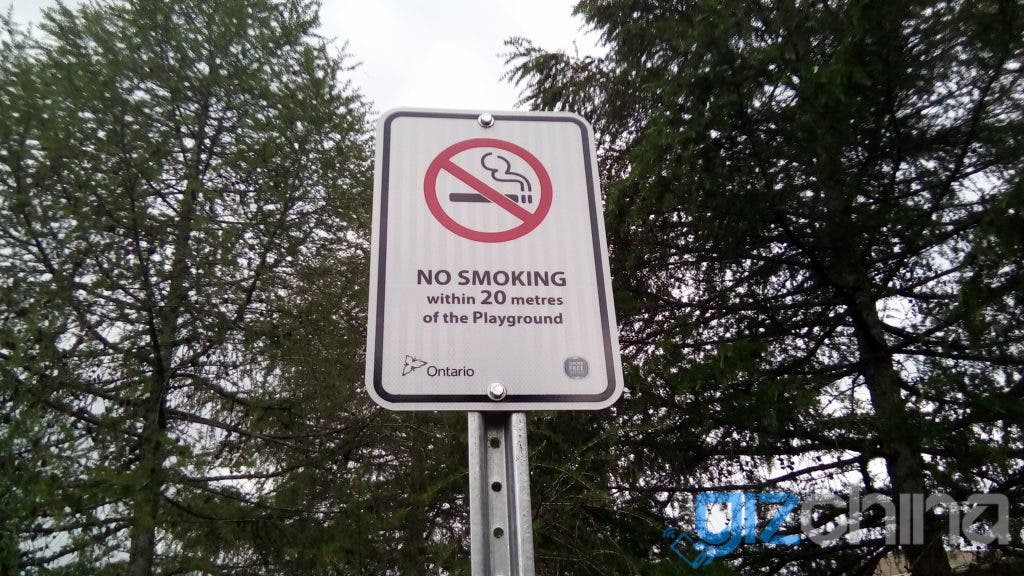 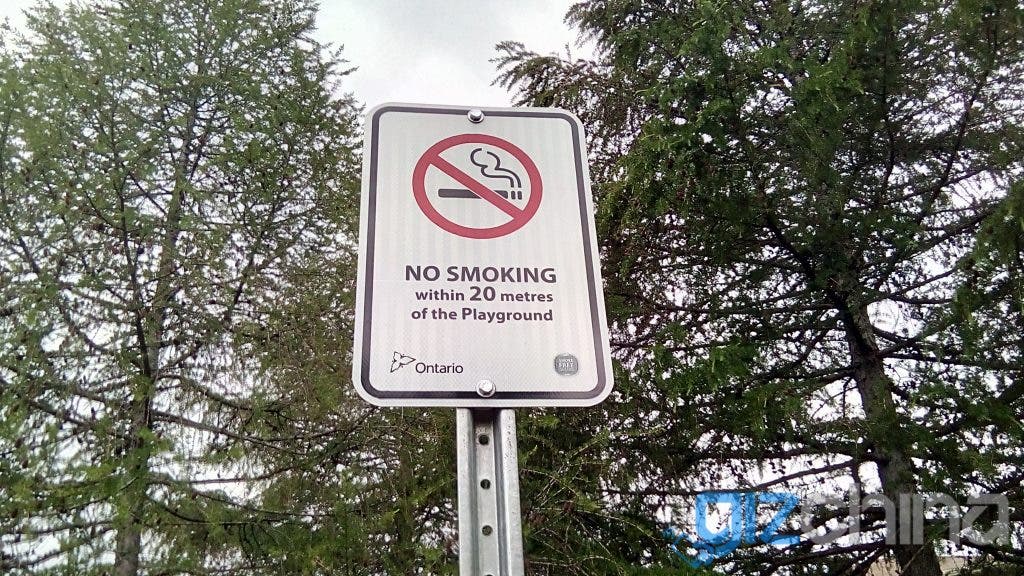 Blackview has done an OK job in almost all areas of this budget phone with one glaring omission, the camera. The quality of the photo and video is poor enough that I would strongly hesitate recommending this phone. While the camera quality is the major failing of this device, the A9 Pro is not without its qualities. The combination of metal frame and rubber back is pleasant, and the display is quite lively. Gaming performance is surprisingly good as well.

The Blackview A9 Pro can be had for about $100, which is cheap, but if you can afford to spend an extra $25, I would recommend to you the Redmi 4A, which is a much better all round phone than this.

You can purchase the A9 Pro for around the $100 mark here.

Next GizChina Coupon: $40 off on the Doogee Mix!