A new set of leaked images regarding the most awaited OnePlus 5 model has appeared today and both of them basically inform us about different specs of the device. 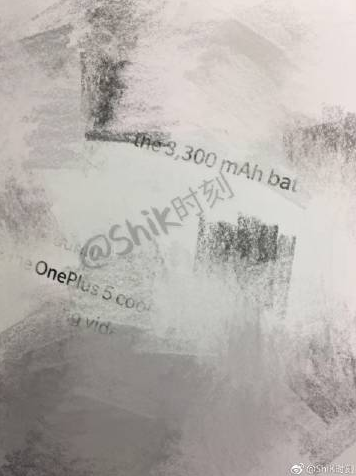 The first image shows the two tag lines that the Chinese company will use during the official presentation of the flagship killer with the first saying:

“Focus on what matters”

So basically the above confirm that the device will pack a dual camera on its back, providing some impressive photos with autofocus, after OnePlus’ decision to cooperate with benchmarking firm DxOMark to improve the camera on the device.

The second image however is much more straightforward I guess: it reveals the battery capacity of the model (3300mAh) which is a bit smaller by 100mAh than the one used by its predecessor. Don’t be alarmed though, there’s a reason for this and – according to Pete Lau- its the decision of the manufacturer to create world’s thinnest flagship model. \

And we’re going to see it being officially unveiled on June 15.

Previous Elephone Clarifies How to Pre-Order an Elephone P8 Mini for $99.99

Next Blackview A9 Pro Review