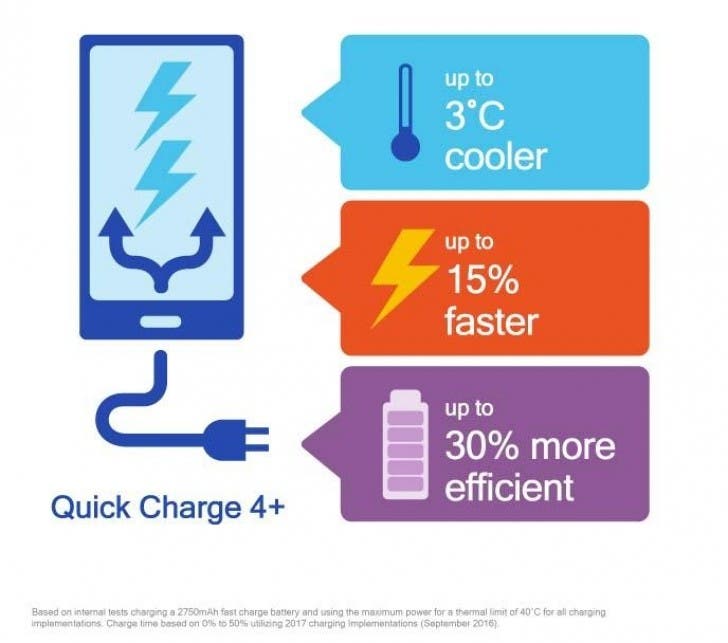 The aforementioned technology was initially introduced during the Snapdragon 835 unveiling and comes as a significant update to the previous standard since both can be used on the same chipset. According to Qualcomm, all Quick Charge 4 devices can switch to the new standard if their manufacturers decide to include 3 features:

According to Qualcomm all new Quick Charge 4 compatible devices will be able to charge 15% faster and 30% more efficiently. We have to mention that this QC 4.0 feature is not software related but hardware. This means that so far the only smartphone that supports it is the newly announced ZTE Nubia Z17 model.