A mysterious Xiaomi device has popped up in images. There is no word as to which device this is, but from the recent leaks, we are speculating that it might be the Xiaomi Redmi 5. 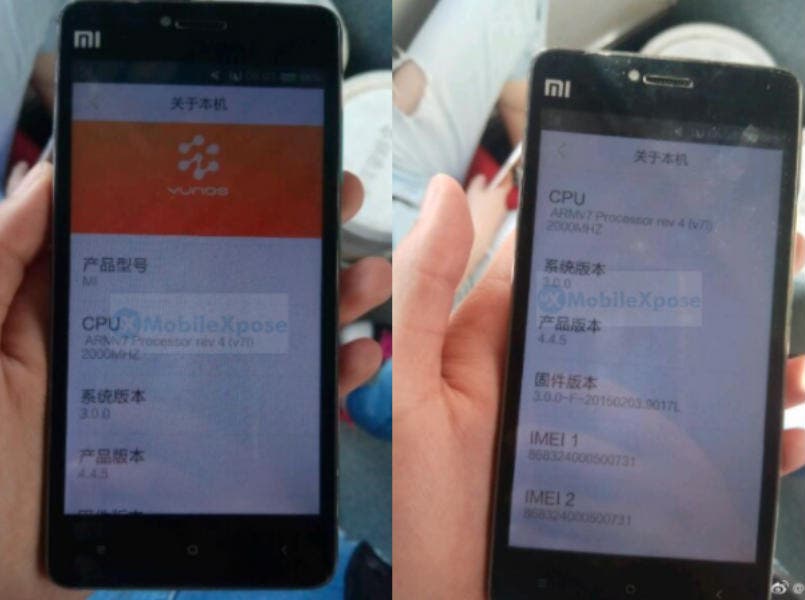 There was an earlier leak that hinted toward a Redmi phone being in the works, and this just might be the one. The device pictured seems to follow the approach the same design ideology as the previous Redmi models. The phone seems to be made of plastic with a single camera sensor on the back. The front houses the signature capacitive buttons on the bottom and a selfie shooter on the top.

The screen on the alleged Xiaomi Redmi 5 seems to be a 5 inch panel. The only information we have on this phone is that it is running Yun OS and has an ARM processor clocked at 2GHz. The phone also sports dual SIM facility as is visible from the images.

There is no word from Xiaomi regarding the Redmi 5. Earlier another mystery device, the Xiaomi Jason popped up and this is the 2nd mystery device in line. Since the aforementioned device is running Yun OS, there is a high chance that the phone will be available only in China and not in any other markets.