This comes directly from master-leakster Evan Blass, who posted earlier on his Twitter account a part of the source code he found on the OnePlus 5 Amazon India landing page.

This is from the source code of the teaser landing page, here: https://t.co/eZrZANmocK

As you can see the part of the source code says:

So far there are just a handful of phones equipped with 8GB of RAM, like the Asus Zenfone AR, the newly announced ZTE Nubia Z17 and UMIDIGI’s Z1 Pro model that’s expected to hit stores in the coming weeks. 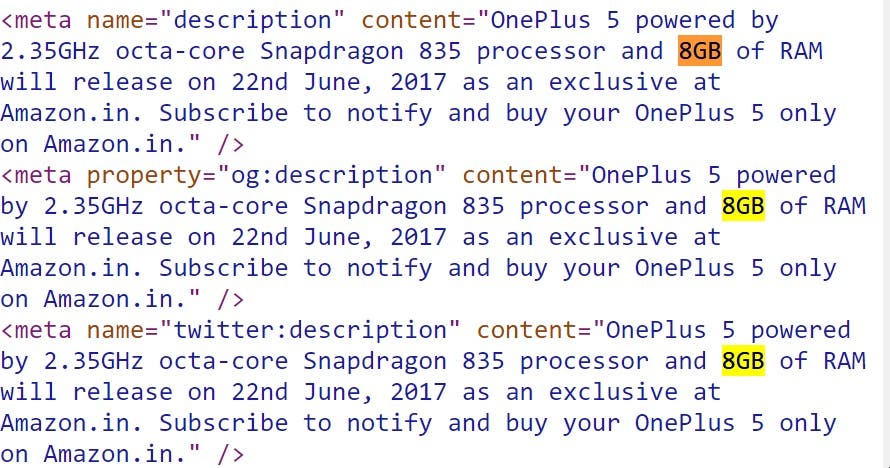 So we could expect the OnePlus 5 to be available in two variants with 6GB and 8GB of RAM, if what we just read is true. What’s interesting however is that after this discovery by Evan Blass, Amazon removed that part from the source code.

The OnePlus 5 is scheduled to be unveiled officially on June 20, so we’ll just have to wait a few more days to find out ourselves.