UMIDIGI phones have become increasingly more attractive and better designed, and this is evident with the release of the design render of the upcoming UMIDIGI Z1 Pro smartphone.

For the Z1 Pro, UMIDIGI has concentrated in maintaining a slim phone that is beautiful to look at and comfortable to hold while maintaining a strict flagship standard in the hardware department. 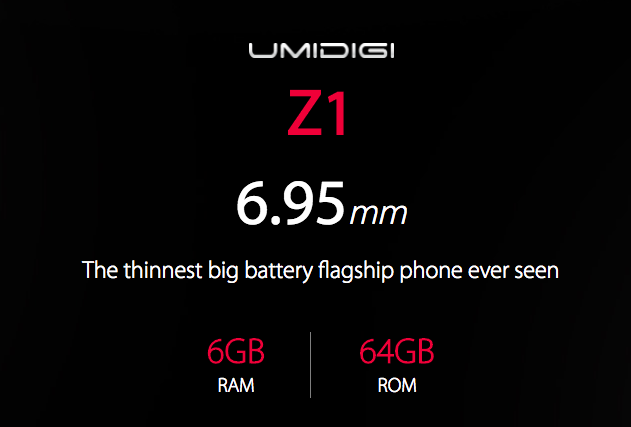 Full specifications for the Z1 Pro are currently still under wraps but there are a few details that have been confirmed before the phone goes on sale on the 19th June.

From the image of the red Z1 Pro we can see that the phone has a front fingerprint scanner on the front with a dual rear cameras design on the rear. Details over on the official UMIDIGI Z1 Pro launch page also confirm the phone will have 8GB RAM, an AMOLED Display and 128GB internal storage.

While the phone won’t launch for a week yet fans do have the option to sign up to the UMIDIGI newsletter to keep up with news as and when it becomes available and enter the UMIDIGI Z1 Pro giveaway over not he UMIDIGI forums.