According to a supply chain insider (Kevin King), Xiaomi’s Q2 2017 shipments have been disclosed and they show signs of improvement, having already exceeded 20 million, 7 million more when compared to the previous quarter (13 million devices). 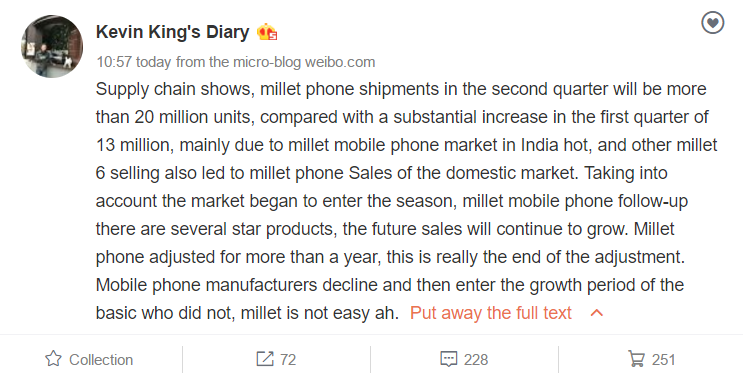 One of the main reasons for this increase is the performance of the Chinese company in the Indian market where its notorious Redmi phones are selling like crazy, exceeding all their expectations, along with the recent release of the Mi 6 in their home market.

The supply chain insider suggests that Xiaomi will do even better in the coming quarters with the imminent launch of new “star” products like the Mi Note 3, Mi MIX 2 or even the most awaited Xiaomi Mi 6 Plus. According to information these devices are expected to be officially unveiled in the coming months with impressive technical specs and affordable pricing.

Let’s hope that these phones will boost even further the financial results of the Chinese company and allow for even more new products in the future.