A new Motorola device named Moto XT1902-2 has been certified by the WiFi Alliance. There have been speculations that state that this may be the successor to the Moto M that was released last year. 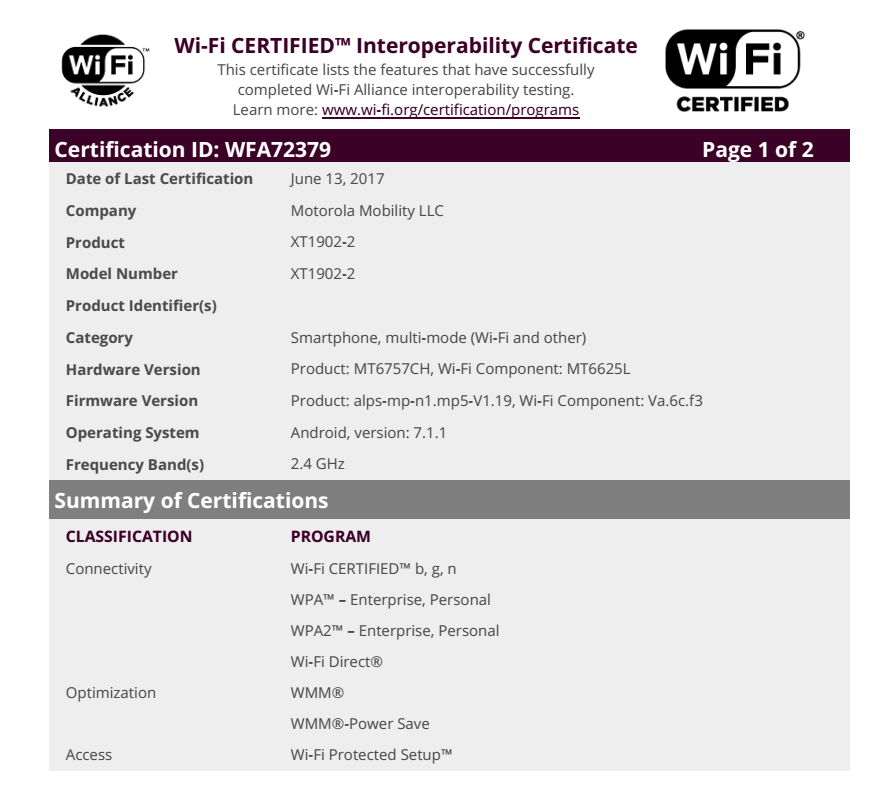 Certified on the 13th of June, the Moto XT1902-2 runs Android Nougat 7.1.1. Under the hood lies the Mediatek MT6757CH alias for the Helio P20 processor. From the document, it is evident that the device does not support dual band WiFi.

The Moto M was released last year in November. It had a slight bump in design and aesthetics than the then best selling Moto G Plus, 4th Gen. Right now we do not know when we will get to see this phone. But considering the fact that Motorola is all over the market, we might just get to see this device by the end of the 3rd quarter this year. 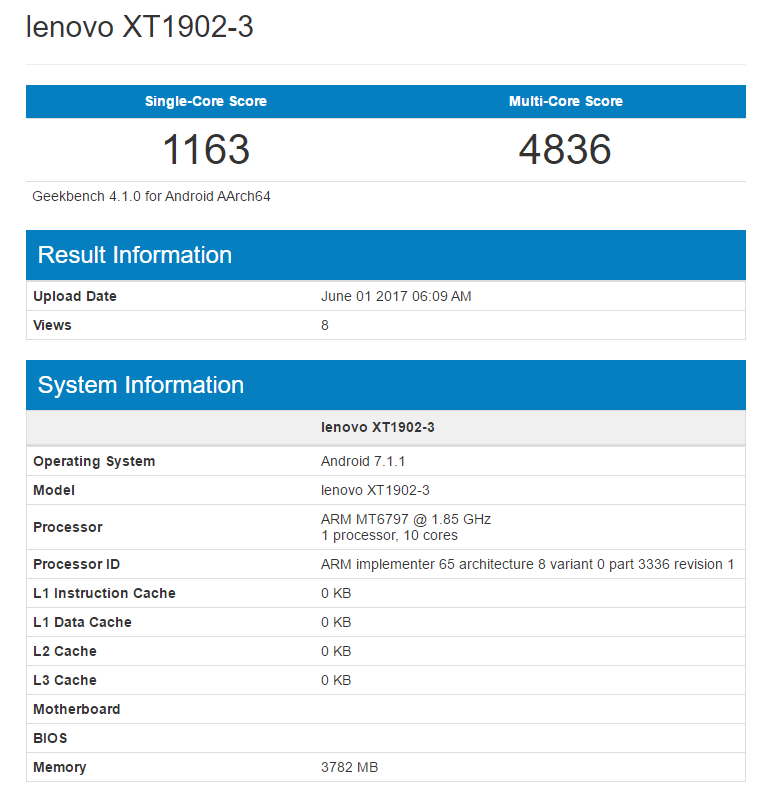 It’s predecessor, the Moto M featured a Helio P15 processor(Indian variant) and Helio P10(Chinese variant). Right now, it’s too early to decide whether this phone is actually the Moto M2 or not. Earlier, another variant, the Moto XT1902-3 popped up on Geekbench. It was powered by the Helio X20 deca core chip clocked at 1.85GHz coupled with 4GB of RAM and Android Nougat 7.1.1 on top.

Next Leaked image shows just... one corner of the purported OnePlus 5