Not long after its official release a couple of days ago, the impressive ZTE Nubia Z17 gets its first Nubia UI 5.0 update, officially with several bug fixes and system optimizations. 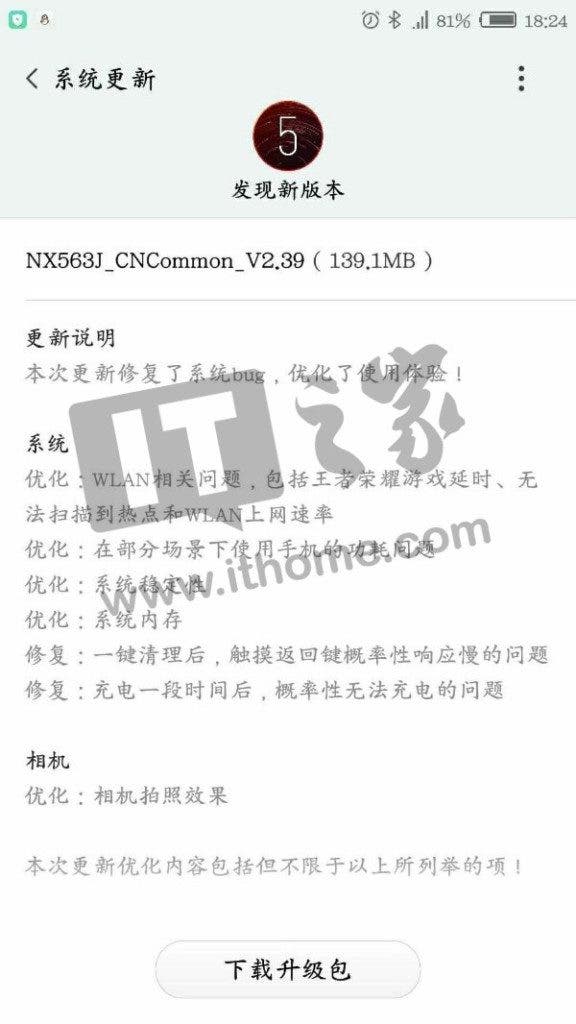 According to the changelog, the update brings several system optimizations such as WiFi fix for certain issues, optimizations for power consumption in some scenarios, optimizations to system stability and memory, and more. There’s also information that a serious responsiveness issue with the return key has been fixed in this update – a serious problem that in some cases prevented the phone from charging properly.

The new Nubia 5.0 UI is called Nubia UI v2.39 and it has been officially available for download for all Nubia Z17 devices.

If you own one, then it should pop any time now in your notifications bar.