With all the other smaller brands launching the new flagship models Leagoo can’t stay away and following some budget pieces they are apparently working on something a bit more powerful. The just announced phone model is named Leagoo T5 and should see the light of the day somewhere in July.

And what we can expect from this handset ? Judging by the pictures design fairly influenced by the iPhone 7 as is the norm these days with just 7.9mm thickness. The phone will be carrying 5,5-inch FullHD display, octa-core 4G chipset clocked at 1.8 GHz (probably some Helio one), 4 GB RAM, 64 GB of internal storage, dual Sony rear camera 13MP+5MP, 13MP front selfie cam and 3000 mAh battery. 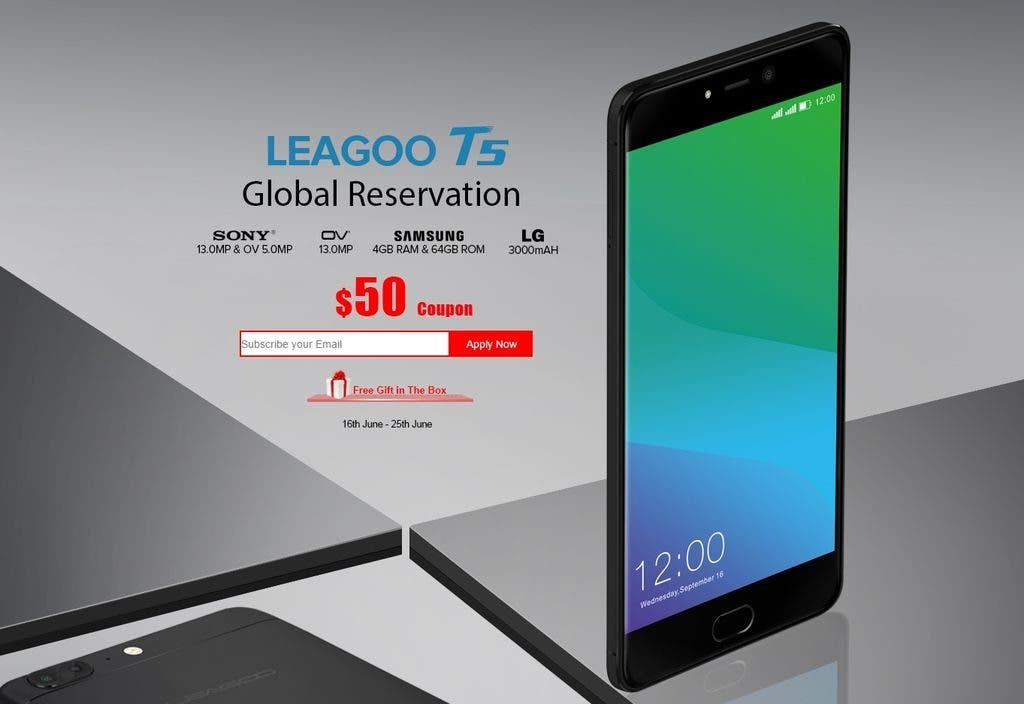 As mentioned before the Leagoo T5 should be released in July and they are promising the price to be under $200. And on the official website you can already subsrcibe with your email and get a $50 discount coupon along some free gifts.

Next Semi-rugged Geotel G1 hinted at, launching in July